The state of Texas is reeling under a deep freeze, leaving utilities scrambling to meet record power demand and forcing the state’s grid operator to enforce rotating blackouts early on Monday. 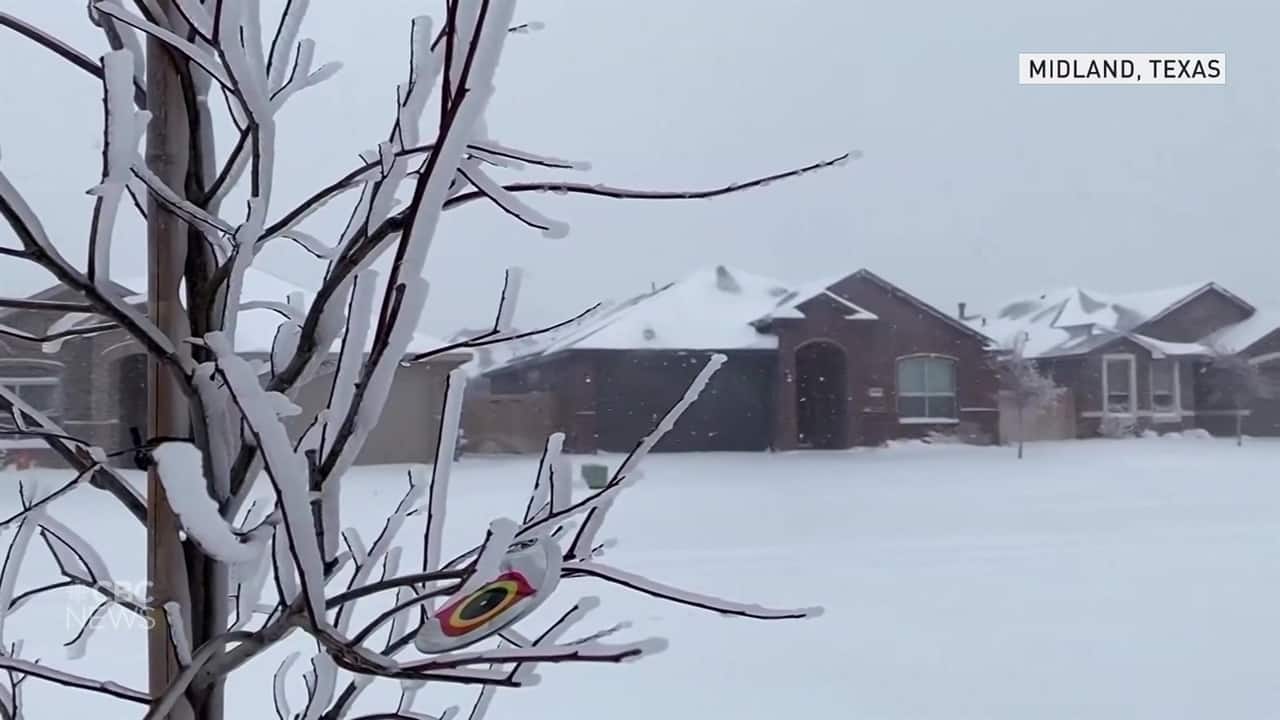 With Texas under a disaster declaration, a winter storm blanketed much of the state in snow and wind chill warnings were issued, possibly for the first time ever in some parts. 0:58

Apart from Texas, much of the United States from the Pacific Northwest through the Great Plains and into the mid-Atlantic states has been in the grip of bone-chilling weather over the weekend, featuring snow, sleet and freezing rain.

The Electric Reliability Council of Texas (ERCOT) has sought to cut power use in response to winter record of 69,150 MW on Sunday evening, more than 3,200 MW higher than the previous winter peak in January 2018.

Reserves have dropped below 1,000 MW and transmission companies have been ordered to reduce demand on system, ERCOT said.

“Traffic lights and other infrastructure may be temporarily without power,” the agency said on Twitter

A level three emergency notice was issued by the regulator, urging customers to limit power usage and prevent an uncontrolled system-wide outage.

The National Weather Service said that an Arctic air mass had spread southwards, well beyond areas accustomed to freezing weather, with winter storm warnings posted for most of the Gulf Coast region, Oklahoma and Missouri.

The storms knocked out nearly half the wind power generation capacity of Texas on Sunday.

Of the 25,000-plus megawatts of wind power capacity normally available in Texas, 12,000 megawatts was out of service on Sunday morning, an ERCOT spokesperson said.

The spot price of electricity on the Texas power grid spiked more than 10,000 per cent on Monday, according to data on the grid operator’s website.

Real-time market prices on the power grid operated by the ERCOT have climbed as high as $11,000 per megawatt. A typical price on the grid, which supplies most of the electricity for Texas, is less than $100 per megawatt.