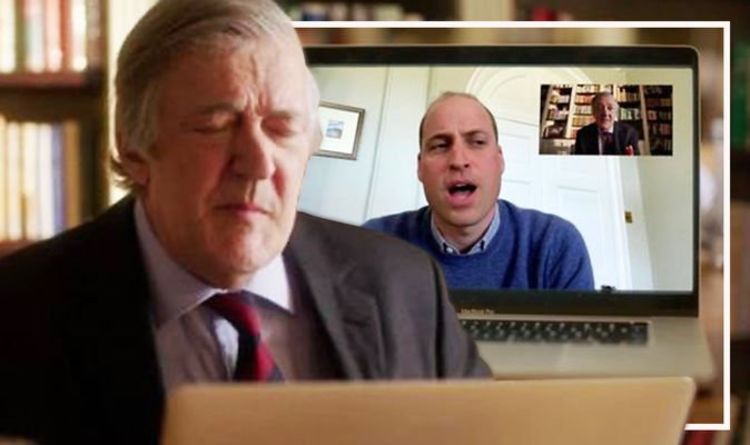 The Duke of Cambridge appeared on the BBC One show in aid of Comic Relief and Children in Need just before the 8pm Clap for Carers celebration. In the comedy sketch Stephen Fry’s Blackadder character Lord Melchett was trying to help William with home schooling during the coronavirus lockdown.

As the time approached 8pm, Mr Fry gave William a 60 second warning, where the Duke joked he was not ready and had to get changed.

William said: “On my way, let me just see if I can find my socks… and my shoes… and my trousers.”

Charlotte began the clapping and was quickly joined by the rest of her family in the weekly tribute to our care workers on the COVID-19 frontline.