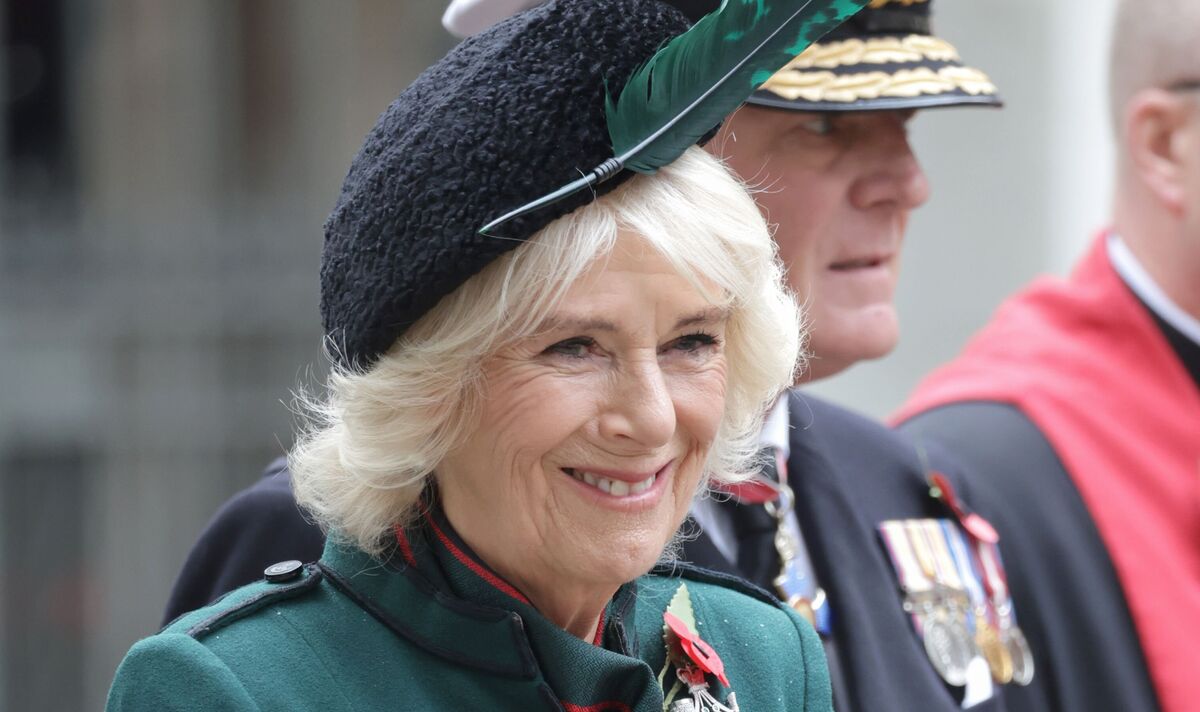 Camilla chose the same dress to visit the Royal Botanic Garden in Edinburgh with the then Prince Charles and celebrate its 350th anniversary last year.

During today’s ceremony, the Queen Consort laid her cross at Westminster Abbey, decorated with her new royal cypher.

In November, the Westminster Abbey Field of Remembrance commemorates those who have lost their lives in the Armed Forces.

It is a very special way to pay tribute to all those who have lost their lives in service for the country.