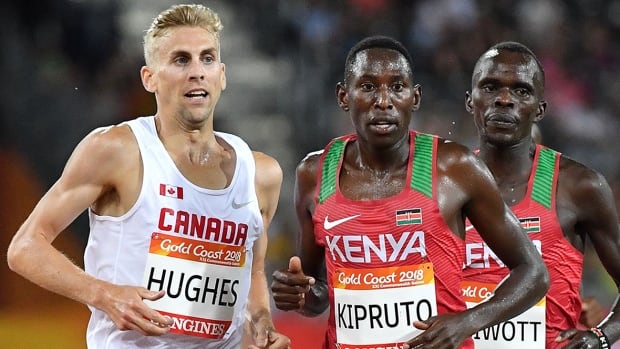 Matt Hughes says the first few weeks of altitude training can be physically taxing, so he wasn’t concerned feeling tired the evening of Jan. 10. But the arrival of body aches and cold sweats overnight had him worried.

“The red flag was the shitty night of sleep. I tossed and turned and had chills for 12 hours,” Hughes said in a phone interview. “I didn’t leave my room in the morning and booked a COVID test for the afternoon.”

The Canadian steeplechase runner arrived in Flagstaff, Ariz., on Dec. 27 and was living at the house of his agent, Stephen Haas, along with Haas, his girlfriend and an Irish runner attempting a comeback in the sport.

Before leaving the house and testing positive for coronavirus, Hughes said the Irishman told his housemates for the first time he had been sick for about five days.

“I can’t 100 per cent say I got it from the roommate but the timeline matches,” said Hughes, adding he was never informed anyone on his flight had tested positive. “Within the first week I was [in Flagstaff] he had gone out two nights in a row, including New Year’s Eve. That weekend he went to Phoenix and posted pictures [from] a bar. I got sick the following weekend.”

Hughes, 31, said he felt fine about 48 hours after testing positive, never lost his sense of taste but figured he had a fever, even though he didn’t take his temperature.

“I had body aches, chills, felt tired and when I coughed it felt like it was coming from my throat more than my chest,” said Hughes, a six-time Canadian champion and national record holder.

Haas also contracted COVID-19 but not his girlfriend.

There have been cases of people having scarring, training too soon and potentially having a stroke or heart attack— Canadian runner Matt Hughes on getting an ultrasound on his heart after getting coronavirus

“My agent is eight or nine years older than me and [the virus] hit him a little worse,” Hughes said. “I think he was in bed for three or four days.”

After testing positive, Hughes booked an Airbnb for three weeks to self-isolate. He consulted with doctors and didn’t train during this time and had an echocardiogram — an ultrasound on his heart — before receiving the all-clear to resume training.

“[I wanted to] make sure there was no scarring,” he said. “There have been cases of people having scarring, training too soon and potentially having a stroke or heart attack.”

Hughes was given the first of two doses of the Moderna vaccine on Feb. 24 after volunteering for the day at a vaccination centre in Flagstaff. Before getting COVID-19, he had planned to get vaccinated in the United States.

“There was already word [at Christmas] the rollout in Canada was going to be really slow so I thought it would be good to get it out of the way and not worry about it in June or July [near the Olympics],” said Hughes, who has achieved the Tokyo qualifying standard in the steeplechase and 5,000 metres. “The rollout has been very, very fast in Arizona. I think 90 per cent of the population will be vaccinated by the end of April.”

Hughes, who was vaccinated for a second time on March 25 was exempt from the mandatory 14-day quarantine upon returning to Canada five days later — meaning he didn’t have to stay in a hotel for three nights — because he flew home within 90 days of contracting the virus.

“For travellers who have previously tested positive for COVID-19, proof of a positive COVID-19 molecular test result conducted between 14 and 90 days before arrival will be accepted in lieu of a negative test,” Tammy Jarbeau, senior media relations adviser with the Public Health Agency of Canada, told CBC Sports. “This exemption addresses the potential for residual positive tests given that individuals can continue to test positive up to three months after they have recovered and are no longer infectious.”

Hughes will self-isolate in his Toronto apartment for another week, filling some of the time watching the Formula One Drive to Survive documentary series on Netflix and playing video games.

The 2016 Olympian is also halfway through reading the Lord of the Rings series and wants to “dive into” Win at All Costs about the rise and fall of the Nike Oregon Project elite running team and head coach Alberto Salazar, who was handed a four-year suspension in 2019 for doping violations.

“After the quarantine, I’ll have six to seven weeks of intense training leading into [Diamond League],” said Hughes, who plans to open his outdoor season May 23 in Rabat, Morocco, and also race the 3,000-metre steeplechase on June 4 at the Golden Gala meet in Rome.

From there, he would either return to Canada if the federal government has lifted the mandatory quarantine or remain in Europe or travel to the U.S. to train for a seventh appearance at Diamond League Monaco on July 9, three weeks before track events begin in Tokyo.

“Having to self-isolate for two weeks [in Canada] and then only have three weeks of training [before Monaco] it doesn’t make sense for me to come home,” Hughes said. “That’s where athletes in Canada are at such a disadvantage right now.

“U.S. [athletes don’t] have to quarantine and British Olympic athletes in the U.K. get an exemption. I’m not trying to downplay COVID but at the end of the day, if Canada doesn’t come away with the number of medals people are expecting in the Olympics … I think a lot of people will point to the fact our athletes weren’t allowed to travel because of the quarantine process.”