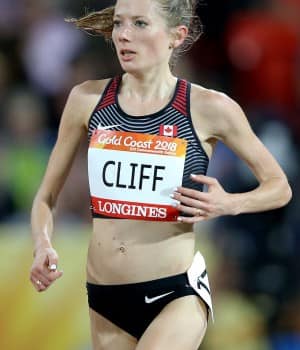 Almost immediately, the Tokyo training went sour. We pushed more volume because the goals were bigger. I was exhausted in a way I didn’t remember being before Berlin. When I got tired while training for Berlin, I could rely on residual leg speed from the summer track season, but this time, I didn’t have the same fitness going in. When workouts went south, they really tanked, and left me tired for days. When my agent called to share the news that I didn’t get into Tokyo, I was somewhat relieved. We put in applications for some later marathons and waited to see what came back. Things got worse. A week of recovery did little to help my fatigue, then my foot flared up and I had to take a few days off, and the terrible workouts continued. We decided to put the marathon on the backburner, drop my mileage, and focus on the one race I did have planned — the Marugame Half Marathon in early February. Ironically, I had just started to come to terms with not doing a spring marathon when Nagoya offered me a spot on the line. Rich and I weighed the pros and cons. How realistic was the marathon at that point? The training had been difficult, but I still needed more marathon experience and I had some good volume from December under my belt. For whatever reason, targeting Nagoya felt right.

By the time I realized I was training for Nagoya I was already five weeks in and focused on the Marugame half marathon, which was quickly approaching. Reflecting on my experience from Berlin, I remembered to let the paces come to me — not the other way around. This meant removing some of the pressure I had put on myself to run the Canadian record. It meant enjoying the training more. We didn’t push volume as much, trusting the base I already had. When workouts started to go well, I didn’t take the same confidence from them because I felt more rested. When I went to Marugame and ran two minutes faster over the half marathon than in the Edmonton half (which I had run before Berlin) I came up with explanations that didn’t have much to do with fitness: I was more focused for the Japan race, the competition was deeper, my training was more geared to the half marathon than it was before Berlin, so of course I ran faster. Looking back, the signs actually pointed to my fitness being similar or better, but I didn’t dwell on it. Berlin, in my eyes, was still the perfect training block and Nagoya was the scrappy afterthought.

After Marugame my workouts continued to progress, but there were a few speedbumps: the jetlag set off GI trouble and I couldn’t get through a workout without having to stop — something I never dealt with before Berlin. Then it snowed in Vancouver, something our city doesn’t handle well. Then I dropped a cutting board on my toe. Then two weeks out of Nagoya, just as my gut issues got under control, I went on antibiotics for an infected blister. Nothing required me to stop training, they were just little adversities that required specific attention, and shifts in the plan. This was also when my experience from Berlin helped. I understood better that the marathon is not about one week of training, or one workout, it’s about the entire block. Even I could see at that point the training block was going well.