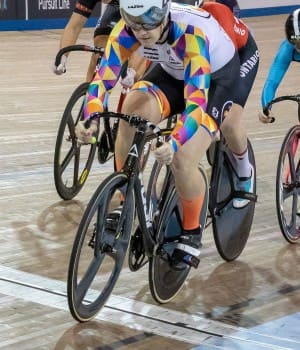 When I was younger and lived in Canada, I was a multi-sport athlete. I reached elite levels in golf and badminton, primarily. I won a junior provincial championship in badminton. The year before I moved to the U.S., I made two semifinals in provincial series events, and won all three events at a 30+ masters event (my first triple crown in my badminton career).

I moved to Charleston, S.C., where there is no elite badminton. I needed a new sport. I’m terrible at running. I tried spin classes and fell in love. On a whim, I bought a road bike and within a few months I was racing. I didn’t win right away, but when I take on a new activity, I study it incessantly. Soon I was winning local races, then regional races, then my first state championship. The next season I began racing in other states, and eventually all over the U.S., and into Canada.

But I reached the limit of my ability in road racing. At best I could win a very rare professional race if the course was perfect and I got lucky because other teams didn’t use the right tactics to isolate me. In other races, I was near the back of the pack. I was always a gifted sprinter, but I struggled making it to the finish sprint. In a 60-minute criterium race (think downtown NASCAR on bikes), I’d be bored for 58 minutes, waiting for the final two minutes before the sprint.