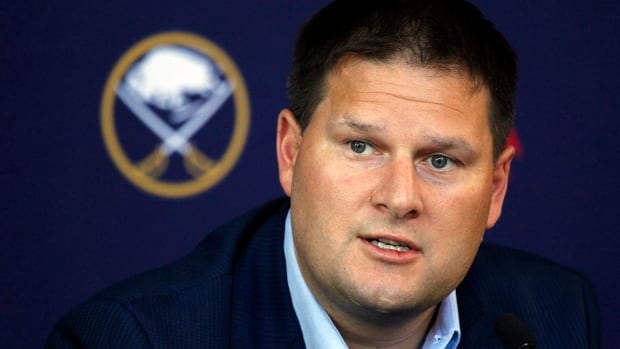 “The decision was made after many candid discussions with Jason during a full review of our hockey operations,” Kim and her husband, Terry Pegula, said in a statement. “We recognized we have philosophical differences regarding how best to put ourselves in a position to compete for a Stanley Cup.”

Botterill’s dismissal represents a major reversal after Kim Pegula backed the GM in May, telling The Associated Press: “He’s our GM. Our plan is to continue with him.”

Pegula acknowledged at the time that the decision might not be popular with a win-starved fan base, before adding that she felt that retaining Botterill was the right move. She cited the GM’s familiarity with the team and its needs as being invaluable with the Sabres entering an extended off-season as a result of the coronavirus pandemic.

With a 30-31-8 record, Buffalo finished 13th in the Eastern Conference standings and one spot short of qualifying for the NHL’s expanded 24-team playoff.

Botterill was fired three seasons into his tenure and after the Sabres failed to show any signs of improvement in extending what’s now a nine-year playoff drought. The drought is the NHL’s longest active streak and one short of tying the league record.

The firing continues a revolving door in Buffalo, with Adams becoming the Sabres’ third GM since Darcy Regier was fired during the 2013-14 season.