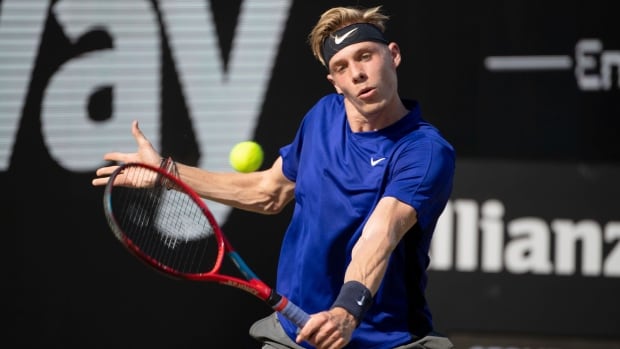 Denis Shapovalov says he won’t compete for Canada at the Tokyo Olympics.

The 22-year-old from Richmond Hill, Ont., said in a Twitter post he made the decision for safety reasons “due to the current situation.”

Opposition within Japan to holding the Games has been high as the country has been dealing with a high number of COVID-19 cases and a low vaccination rate.

Shapovalov is the top-ranked Canadian on the ATP Tour at No. 12.

Hey everyone, after careful consideration I wanted to let you know that I will not be participating in the Olympics this year. Representing Canada means the world to me, but due to the current situation my team and I have decided this is the best decision for everyone’s safety. <a href=”https://t.co/aQD5n2kFS7″>pic.twitter.com/aQD5n2kFS7</a>

He withdrew from the French Open at the end of May, saying on social media that his shoulder had been bothering him and he needed to rest.

Earlier that month, Shapovalov made it to the final of the Geneva Open, losing to Norway’s Casper Ruud in the title match.

Shapovalov advanced to the semifinals of the Queen’s Club tournament on the weekend in London, where he lost to Britain’s Cameron Norrie.

Several other tennis stars have already pulled out of the Games, including Rafael Nadal, who said on Twitter last week that he is listening to his body and attempting to prolong his career.

Several top tennis players have passed on previous Olympics, which fall during a busy period in the sport’s schedule.

Canada’s Milos Raonic pulled out of the 2016 Rio Olympics, citing concerns about the Zika virus. He also won’t play at Wimbledon later this month after suffering a “minor setback” in his recovery from a calf injury.