It is the third tie in the 82-year history of the award, presented annually by the Toronto Star.

Media members across the country voted on the award Tuesday. Duvernay-Tardif and Davies each received 18 votes with one vote going to one of the other finalists — soccer players Christine Sinclair and Kadeisha Buchanan and Denver Nuggets basketball star Jamal Murray.

The most recent tie was in 1983 with wheelchair athlete Rick Hansen and hockey star Wayne Gretzky.

“I am truly honoured and humbled to have been selected as the co-winner for the 2020 Lou Marsh Trophy,” Davies said in a Soccer Canada release. “Canada welcomed me and my family and I am grateful for the opportunity to realize my dream of being a professional football player and representing Canada on the world stage.

“Congratulations to Laurent Duvernay-Tardif on his selection and for an incredible year and thank you to all of the media who voted for me. In this challenging year, it is nice to know that we were able to make Canadians proud with our accomplishments on and off the field.” 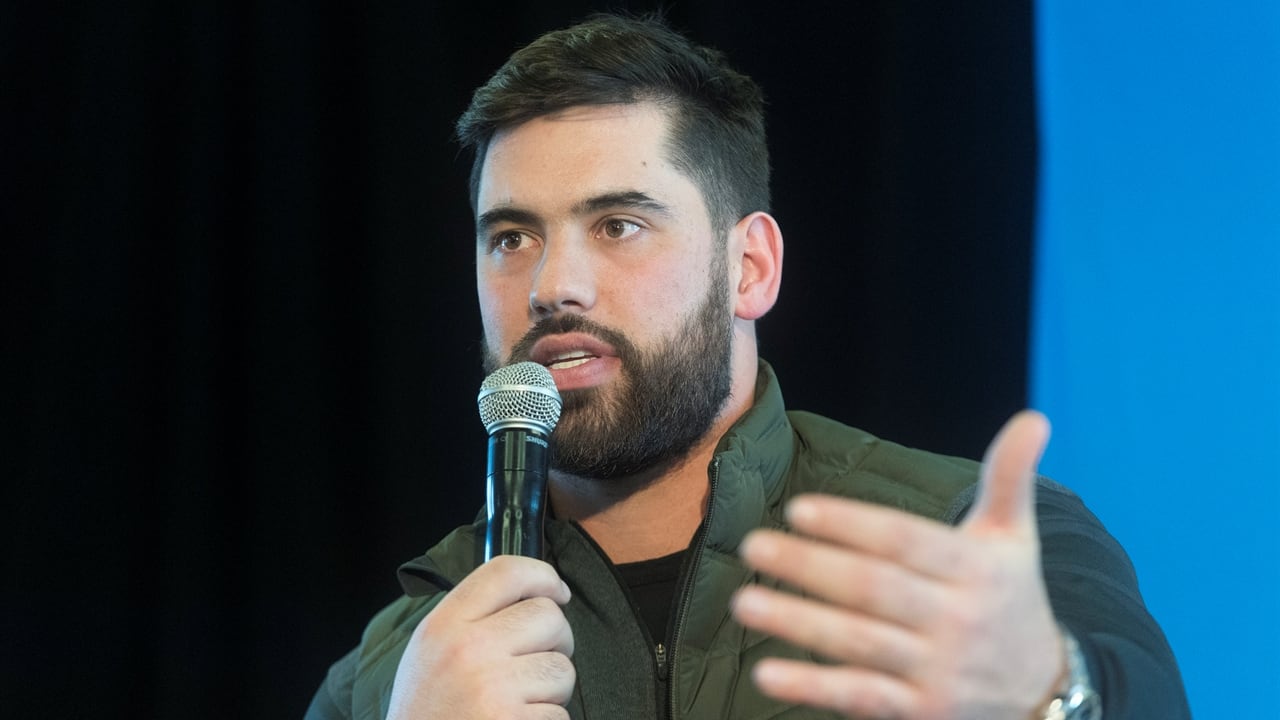 Laurent Duvernay-Tardif says he is happy the Lou Marsh committee opted to recognize athletes’ accomplishments both on-and-off the field, in this unprecedented year in sports. 1:07

Duvernay-Tardif, a McGill University medical school graduate, won the Super Bowl as a starter with the Chiefs before becoming the first NFL player to opt out of the 2020 season because of the COVID-19 pandemic.

A native of Mont-Saint-Hilaire, Que., Duvernay-Tardif chose to volunteer in a long-term care facility in his home province at the height of the pandemic’s first wave.

The 29-year-old Duvernay-Tardif was one of five athletes recognized as “Sportsperson of the Year: The Activist Athlete” by Sports Illustrated on Sunday.

“When I opted out in July, my goal was to be here, my goal was to help and contribute,” Duvernay-Tardif said Tuesday on a video conference. “I was part of a movement — thousands of people went back into long-term care facilities and hospitals. Retired nurses, doctors … and I took a lot of pride in being part of that.

“And then to get those two major awards in the last 48 hours, it’s really been an amazing feeling, to be honest. Because it kind of justifies your actions and your sacrifice.”

Joshua Kloke, writer at The Athletic, speaks to CBC Sports about the Canadian’s historic title and if it changes the national soccer landscape.  6:55

“I think it’s important to acknowledge all the health care workers who have been working really hard on the front line, and I’m accepting this award in their name for sure.”

In June, Davies was named Bundesliga rookie of the year in voting by fans, clubs and the media. Kicker magazine, a German sports magazine that focuses mainly on football, included him in its Bundesliga team of the season.

WATCH | CBC Sports’ Devin Heroux on the year that was: