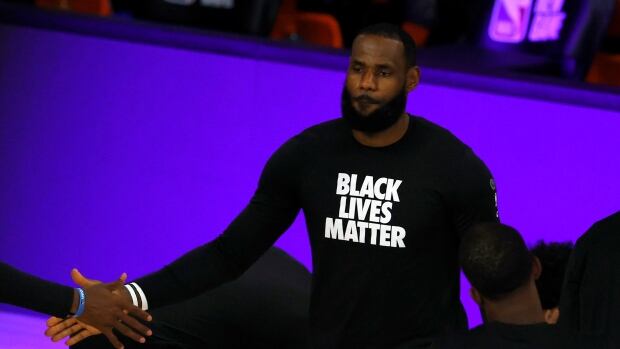 Former Minneapolis police officer Derek Chauvin was found guilty of murder and manslaughter on Tuesday after using his knee to press on the neck of George Floyd, ultimately killing him, in May 2020.

The murder sparked worldwide protests for social and racial justice, in part led by professional athletes.

Canadian WNBA star Kia Nurse and recently retired Atlanta Dream player Renee Montgomery echoed the sentiment that the verdict is just one step along the road to justice.

we continue to fight but this is a start, a step in the right direction…accountability!!!

Let’s make this the new normal. Accountability is served <a href=”https://twitter.com/hashtag/GeorgeFloyd?src=hash&amp;ref_src=twsrc%5Etfw”>#GeorgeFloyd</a>

In separate statements, the WNBA and NBA followed suit, saying their social justice councils would continue to work toward combatting racial inequality in the U.S.

The following was released by the WNBA. <a href=”https://t.co/KWF4mkr6mf”>pic.twitter.com/KWF4mkr6mf</a>

Canadian Denver Nuggets star Jamal Murray, who was recently diagnosed with a season-ending knee injury after a breakout performance in last season’s playoffs — both for his on-court play and his outspokenness about fighting for social justice — was relieved to hear the guilty verdict.

Steve Nash reacts to the verdict in the George Floyd trial:<br><br>”I just hope that this is the type of statement by our justice system that gives hope and precedence for these types of verdicts to be the norm” <a href=”https://t.co/0rUswaVWRo”>pic.twitter.com/0rUswaVWRo</a>

The NHL said it hopes “the end of the trial offers a chance for healing.”

Current and former Canadian Olympians such as Perdita Felicien, Andre De Grasse and Aaron Brown said the verdict was a positive step forward, but not the end of the fight.

The Las Vegas Raiders got angry backlash for a tweet the team sent on Tuesday.

The tweet sent by the team’s official account on Tuesday said “I CAN BREATHE 4-20-21.” Floyd told officers “I can’t breathe” more than 20 times before he was killed when Chauvin pressed his knee into Floyd’s neck last May.

Chauvin was convicted of murder and manslaughter on Tuesday for causing Floyd’s death.

“That’s my tweet,” owner Mark Davis told the Las Vegas Review-Journal. “That was me. I don’t want anyone in the organization taking heat. I take full responsibility for that.”

Davis said he was driving when the verdict was announced and heard Floyd’s brother, Philonise, make the statement that “we can all breathe again” and decided to make that message the team’s response.

“I thought that said a lot,” Davis said in a phone interview with The Associated Press. “It said a lot about everything. I thought it was something where we could all breathe again. Justice was served. We still have a lot of work to do on social justice and police brutality. But today, justice was served.”