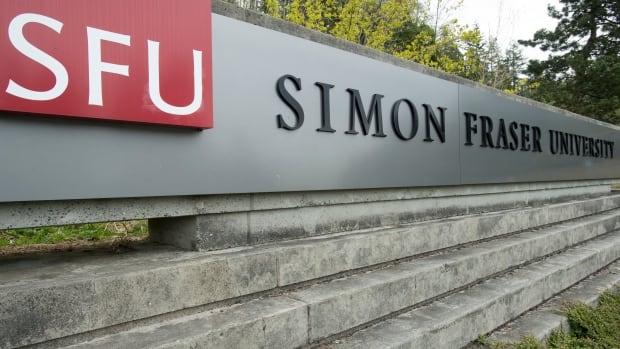 A survey shows a majority of the student athletes at Simon Fraser University support a move to drop the Clan as the name for the school’s sports teams.

Originally called the Clansmen, but shortened to Clan, the name was meant to honour the Scottish heritage of Simon Fraser, the fur trader and explorer who the school was named after. But for some, the name provokes images of the white supremacist Ku Klux Klan.

“For student athletes and fans, you should be able to represent your school with pride and honour,” said Othniel Spence, a former captain of the men’s basketball team who has been outspoken in his criticism of the name. “Instead, the emotions that come [from] the name is more of shame and embarrassment.”

Since 2011, SFU, which is located in Burnaby, B.C., about 20 kilometres from downtown Vancouver, has competed in the NCAA Division II Great Northwest Athletic Conference against American universities ranging from Alaska to Oregon.

Spence said even though the SFU team name is the Clan, many American athletes and fans hear Klan.

“It’s kind of weird,” he said. “A team name should be inclusive to everybody, but this team name is more conflicting, especially to student athletes of colour. It’s just exhausting to have that conversation time after time. Or hear snide remarks or hear snide comments.”

As far back as 2017 there were calls for the Clan name to be changed.

Ryan Stolys, president of the SFU Student-Athlete Advisory Committee, said the protests that have swept across North American following the police killing of George Floyd in Minneapolis accelerated the debate.

“With the events of the past week, they ramped up [discussions] more recently to kind of address the issue more immediately that we’d previously planned,” he said.

“I think we’ve all experienced a sense of awakening and opened our eyes to the racism that in exists in our world.”

Athletes in favour of name change

Last summer, the student athletes’ advisory committee conducted a survey of 246 returning athletes. They were asked “should SFU initiate the process to change the team name?”

There have been conversations around a new name, but nothing has been decided.

“There are so many parties that are involved in what that would look like,” said Stolys. “We want to make sure it’s inclusive to everybody, unlike our previous name, and [that] it instills a sense of pride among not just student athletes, but all students at our school.”

In 2019, Montreal’s McGill University said it would change the name of its men’s varsity sports teams from the Redmen after Indigenous students, faculty and staff said the name was discriminatory. In the U.S., several university teams have undergone name changes.

Spence said most of the athletes he knows supports dropping the Clan. Any pushback has come from alumni or donors.

Interview requests sent to the SFU Alumni Association were not answered.

In an emailed statement, SFU’s media relations department said the school is aware of the “many different perspectives and opinions about the Clan athletics team nickname,” and while playing in the U.S. “some have mistakenly made associations between our Scottish nickname and the Ku Klux Klan.”

SFU “is deeply troubled by and attentive to the emotions and concerns to which these associations have given rise, particularly in light of our revulsion to and condemnation of anti-Black racism.”

A review process has been underway for several months within the university to provide “the basis for a decision on this difficult issue.

“The university is deeply committed to Black students, faculty and staff, and to the community at large. We acknowledge that we have much work to do to ensure that our ideals for a just society are reflected in our own practices, policies and procedures, and we are actively engaged in efforts to better support the Black community.”

Spence said SFU has the opportunity to send a positive message to its students.

“I believe if SFU really changes this name soon it’s actually showing action, not just using their words, but their action towards supporting athletes of colour and supporting an all-inclusive environment,” he said.