The fight over U.S. voting rights is nothing new — it’s just got a pandemic twist this time

The fight over U.S. voting rights is nothing new — it’s just got a pandemic twist this time

A drumbeat of legal battles unfolding during this year’s U.S. presidential election is a modern chapter in an old American struggle over access to the ballot box.

The number of lawsuits over voting rights leading to the Nov. 3 election has exploded this year, with hundreds of cases related to casting ballots during a pandemic — and U.S. President Donald Trump in the thick of it.

“Trump is pulling out all the tricks,” Milwaukee pastor Larry Jackson said in an interview.

Jackson grew up on a plantation in the Jim Crow South, where his family didn’t even bother trying to vote; while it was technically legal for Blacks to vote, it was rendered nearly impossible by absurdly complex and discriminatory rules.

He says today’s discrimination is less blatant than the old South’s poll taxes, literacy tests and guessing games about the number of jellybeans or soap bubbles in a jar.

By one estimate, this is the most-litigated U.S. election in decades. Each day brings new court decisions in different jurisdictions, with Democrats currently winning more of them than Republicans.

There are fights over the deadline for returning mail ballots; the packaging requirements for ballots; the financial donations cities can receive to help process mailed votes; and the number of ballot drop-box locations allowed in each county.

City Commissioner of Philadelphia Lisa Deeley demonstrates how easily ballots can be excluded if they are ‘naked,’ or not packaged correctly. 0:59

Underlying these fights is the new electoral reality that more Democrats intend to vote by mail during this pandemic and are fighting in court to make it easier, while the Trump campaign is fighting to make it harder.

This means the rules for handling mail ballots could prove decisive, a fact acknowledged by the Republican president.

Trump has called losing these lawsuits the “biggest risk” to his re-election. He’s already been declaring fraud, in claims repeatedly shown to be misleading.

These numerous disputes are made possible by a unique attribute of the head-spinningly complex American electoral process, which has more than 10,000 different election administration systems.

Voting is administered differently across thousands of cities and counties — which handle federal, state and local races on their ballots.

That’s the opposite of other countries, such as Canada, where a national election is a stand-alone event, with one set of rules for ballot access coast to coast to coast.

‘I know my rights’

A recurring pattern throughout American history is new rules popping up that cause disproportionate harm to minority voters.

A famous recent example is photo ID laws, such as the one in Wisconsin, which may (or may not) have clinched that state for Trump in 2016.

Jackson, the pastor, shared a story about struggling to help a churchgoer register to vote under that law for the 2018 midterm elections.

He accompanied Tony Carter to a Department of Motor Vehicles branch to help him obtain a voter ID card required in Wisconsin, but Carter couldn’t qualify: His bus pass was insufficient and his birth certificate was rejected.

“The name on my birth certificate had my mother’s maiden name,” said Carter, 65, a former restaurant worker.

Also in Milwaukee, in 2018, Angela Lang had to fight to be allowed to vote.

A poll station worker tried turning her away because she’d just moved to a new apartment in the same building and her photo ID showed the previous unit address.

Lang managed to vote after demanding to speak to a manager. She works as a community activist and knew that the law was being applied incorrectly.

“I was like, ‘I know my rights. I’m on the board of the ACLU. I’ve been doing voter suppression and voter rights for a while,'” she recalled in an interview.

Lang said the poll workers later apologized. But she said another voter, less certain of the law, might have been discouraged from voting and gone home.

The American history of voter suppression is charted in the book One Person, No Vote by Carol Anderson.

It describes how, soon after the Civil War, when newly freed slaves were being elected to Congress, Mississippi enacted a barrage of rules: registration requirements, poll taxes, literacy tests.

Black voter participation rates in Mississippi plummeted, from 67 per cent in the 1860s to just 4.3 per cent in 1955. Other southern states followed.

Then the Voting Rights Act of 1965 set federal standards that restored ballot access — but, as the book describes, southern election authorities responded with new tactics.

“The devices the Republicans used are variations on a theme going back more than 150 years,” Anderson wrote.

“They … soak the new laws in racially neutral justifications — such as administrative efficiency or fiscal responsibility — to cover the discriminatory intent. Republican lawmakers then act aggrieved, shocked and wounded that anyone would question their stated purpose for excluding millions of American citizens from the ballot box.”

The founder of the conservative American Legislative Exchange Council, which crafted voter suppression laws that have spread through the U.S. since the early 2000s, once said in a speech: “I don’t want everybody to vote.”

A U.S. Supreme Court decision in 2013 stripped down the Voting Rights Act, opening the floodgates to new laws affecting the vote.

These laws have taken different forms:

In tossing out North Carolina’s law, a U.S. appeals court found that members of the legislature, as they designed the law, literally went through data to determine which ID forms were less commonly used by Black people. In its ruling, the court said North Carolina lawmakers had targeted Black voters with near surgical precision. A new ID law is tied up in court and will not be used in this election.

What’s less clear is the cumulative effect of all these rules.

For example, one expert on how election law affects voter behaviour, Michael Hanmer, a government and politics professor at the University of Maryland, cited different research that concludes that strict voter ID laws can trigger a backlash effect, encouraging people to organize.

WATCH | How Americans living in Canada can vote in the U.S. election: 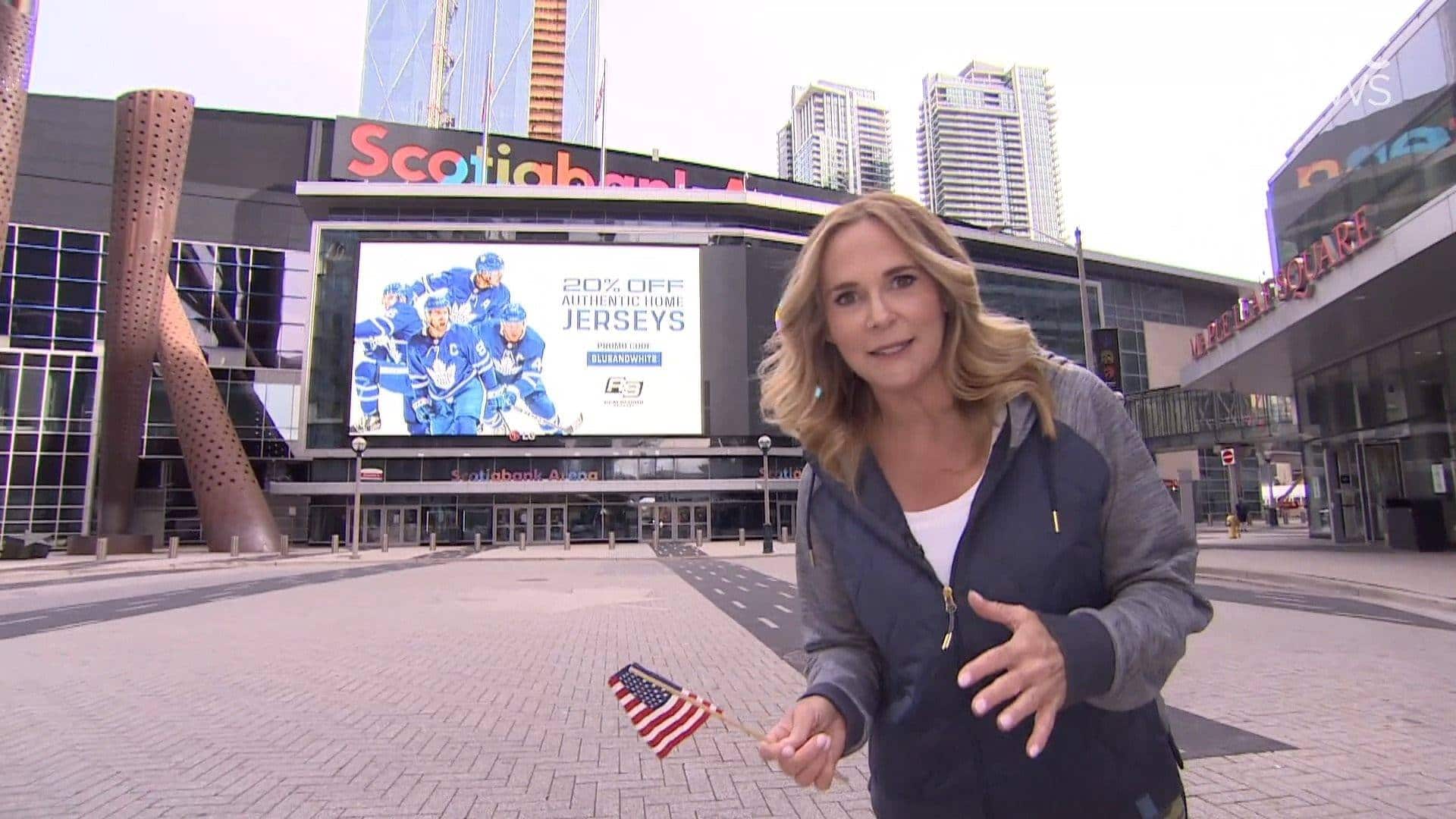 Toronto Raptors coach Nick Nurse has been a leader off the court in the off-season — pushing Americans here in Canada to register to vote in the upcoming U.S. presidential election. And for those who haven’t, our own dual citizen and meteorologist Colette Kennedy shows you how to do it. 2:24

“That can charge people up and make them want to go out and vote,” he said.

“Or if you tell people, like they did in Florida, that they might be purged from the rolls, they have psychological reactions to that. It makes them more motivated.”

Hanmer said he expects a chaotic election, unless there’s a clear and resounding result. He said he’s not sure there’s a precedent for a sitting president sowing doubt about the integrity of American elections.

Barry Burden, a political science professor at the University of Wisconsin-Madison who specializes in the effect of election law on vote results, said he fears ballot access problems will be worse this year. For example, he said, any problems people had in the past getting the proper ID could be compounded if government offices are operating at reduced pandemic capacity.

“I think it’s more of a concern this year,” Burden said.

Indeed, suppression may have peaked. The Brennan Center reports that this year, five times more bills were introduced in state legislatures to make voting easier than bills to make it harder.

There are now weeks of advance in-person voting in most states and automatic registration in numerous states, and vote by mail is widespread, despite court fights over the rules.

“Let me sort of step back [for perspective],” Hood said.

“We had a poll tax [in Georgia]. We had a literacy test. We had a white primary…. It’s a completely different world now.”