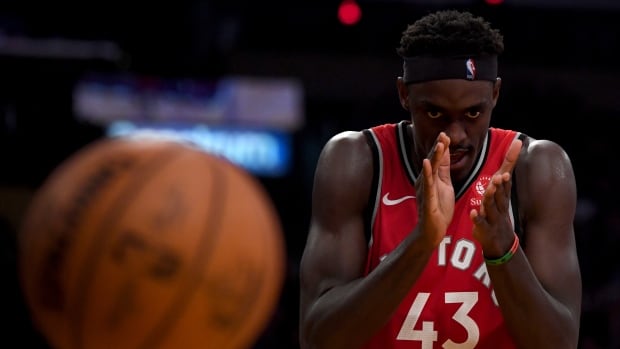 A year after the first championship in Raptors franchise history, it’s safe to say the Kawhi Leonard trade paid off.

Immediate reaction to the trade — DeMar DeRozan, Jakob Poeltl and a first-round pick to the San Antonio Spurs for Leonard, Danny Green and $5 million US — was that Toronto took a risk.

A risk worth taking, said many, but still: a risk. Leonard, a bonafide superstar when healthy, had played just nine games the year prior. DeRozan was a durable, dependable all-star. Leonard was a flight risk with just one year left on his contract. DeRozan was the team icon who pledged allegiance to Toronto.

For Toronto, the trade opened a one-year window of contention, after which Leonard would either surprise the world and stay, or he’d leave and the rebuild would begin.

It worked out for the Raptors. Even though Leonard left, he first provided the greatest moment in team history — the four-bounce buzzer-beater to topple the Philadelphia 76ers in Game 7 — and, of course, a title. He was named Finals MVP.

There was one other major risk involved in going all-in for one year: you never know. You never know if a sprained ankle will derail a season, or a few bounces will cost you your playoff life, or the dynasty you’re set to face in the Finals will crumble before your eyes. You never know.

And those are just regular problems. Imagine if this season — the one currently paused due to a pandemic — was the season with all the Raptors’ eggs in one basket.

Instead, the Raptors were enjoying a victory lap of sorts. The rise of Pascal Siakam and Fred VanVleet last season prevented the expected rebuild from happening. Kyle Lowry, now 34, hasn’t shown signs of aging. “Run it back” became the rally cry.

Let’s assume the NBA returns and everything goes as planned. The Raptors were third overall and second in the East at 46-18. Could “run it back” become reality?

There will be eight more regular-season games before the playoffs, but the schedule remains unknown. The Raptors were staring down a key game with East No. 2 Boston soon after the season was paused, making it possible the teams will meet in Disney World.

That game will be crucial. A win would put the Raptors four games ahead of the Celtics and all but lock up the second seed, while a loss would put that ranking in jeopardy. The current No. 6 seed — whom No. 3 plays in the first round — is the 76ers. The Raptors would likely want to avoid that matchup. From there, for the Raptors purposes, it’s the normal post-season format.

The Raptors should be favoured to hold on to that No. 2 spot. That would set them up to play the Brooklyn Nets, likely without Kevin Durant and Kyrie Irving, or the Orlando Magic, last year’s first-round draw, to open the playoffs.

Next would be the Celtics, a team on the rise led by Jayson Tatum, in the second round, followed probably by Giannis Antetokounmpo’s Bucks in the conference final, once again. The Finals opponent, barring an upset, would be LeBron James’ Lakers or Leonard’s Clippers.

So, not an easy road. And beyond the first round, the Raptors may not be able to claim the best player in the series again, as was the case with Leonard last spring.

The Raptors received nothing in return when Leonard bolted for the Clippers, or when Green signed with the Lakers. Instead, the strengths of the 2019-20 Raptors are what make them such a likable group.

There’s Siakam, a former first-round pick who didn’t play organized basketball until he was 17 but seems to get better every year. Siakam was joined at his first career all-star game by Lowry, making his sixth appearance.

Lowry increased his points per game by more than five over last year while also improving his shooting percentages across the board. He’s as defensively feisty as ever and led the league in charges drawn at the pause.

VanVleet, once an undrafted free agent, stepped seamlessly into Green’s old starting role, picking up where he left off in the Finals as a red-hot shooter bringing the same defensive intensity as Lowry.

Terence Davis followed in VanVleet’s footsteps as an undrafted contributor to the team. Marc Gasol and Serge Ibaka split starting centre duties without missing a beat. Norman Powell improved to the point where he garnered sixth man of the year consideration. OG Anunoby made an impressive comeback from an injury-plagued season.

There was no clear alpha dog. Sometimes it was Siakam, or maybe Lowry, but occasionally VanVleet and even Powell in the week before the pause.

A difference from last year, sure, but this team’s winning percentage was even higher.

Nick Nurse was getting buzz to win coach of the year for his efforts in keeping a Raptors team that many expected to keel off near the top of the league.

Nurse, who spent years coaching in England as well as the NBA’s G League, has shown time and time again that his best trait is adaptability.

The 2019 champion Raptors rarely had their full squad, with Lowry and Leonard practically trading off absences. Seldom did the team miss a beat.

The Toronto Raptors won their first NBA title in franchise history with a 114-110 win in Game 6 of the NBA Finals over the Golden State Warriors. 2:56

This year’s version featured a bunch of really good players, but perhaps no great ones. Still, Nurse made it work. Though he joined the Raptors known as an offensive dynamo, it’s his defensive work, from the box-and-one against Steph Curry in the Finals to the chaotic-yet-organized defensive pace this year, that puts him in the conversation as one of the league’s best bench bosses.

The Raptors had the second-best defensive rating (points allowed per 100 possessions) in the league at the pause.

That the Raptors can rest on their defensive laurels in Disney World is a key advantage, and a credit to Nurse.

Oddly, the biggest advantage the Raptors may have is continuity. The championship experience will be important in maintaining focused mindsets amid the weird playoff environment.

Beyond that, the Raptors players are workhorses. It’s evident when you watch them. Hustling for loose balls and converting turnovers into fast-break opportunities are staples of what make the team so successful.

And remember: they’re playing with house money. This season’s run was never supposed to happen. It’s all gravy.

But the pieces are all in place for the Raptors to run it back.

Coronavirus: What's happening in Canada and around the world on Monday