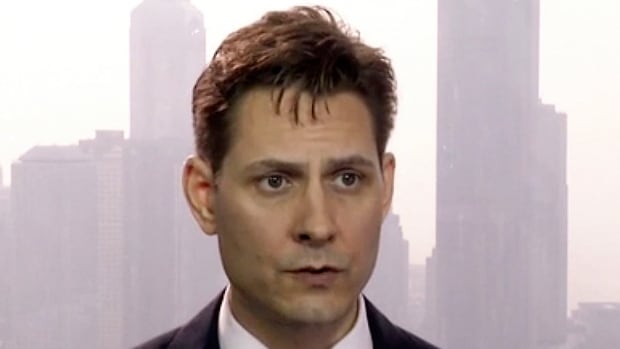 The president of the International Crisis Group used a high-level U.N. Security Council meeting attended by China’s foreign minister Tuesday to appeal for the release of the think-tank ‘s northeast Asia expert, Michael Kovrig, who has been held by Beijing for nearly two years as part of a diplomatic dispute with Canada.

Robert Malley told the council at the end of his briefing on security in the Persian Gulf that the Crisis Group strives to be “an impartial conflict resolution organization” and its staff tries to understand the perspectives of all parties.

“That’s what our colleague Michael Kovrig was doing in his work on China’s foreign policy,” Malley said.

He said it wasn’t the time or place to discuss Kovrig’s case, “but I cannot conclude without appealing to the Chinese authorities, if they are listening, to understand the mission he was pursuing, end his almost two-year detention, allow him at long last to be reunited with his loved ones and continue his work toward a more peaceful world.”

The participants at the virtual council meeting were shown on the screen, and when Chinese Foreign Minister Wang Yi heard China mentioned he looked up and paid attention. But he made no mention of Kovrig in his speech to the council.

“He is not only a member of the International Crisis Group, but a former colleague of ours, a former diplomat,” Heusgen said.

On Oct. 10, China granted consular access to Kovrig and entrepreneur Michael Spavor, both Canadians, for the first time since January.

The following day, the Canadian government expressed serious concern at their “arbitrary detention” and called for their immediate release.

China’s Foreign ministry spokesperson, Zhao Lijian, denied on Oct. 12 that the two Canadians had been arbitrarily detained in response to Canada’s arrest of an executive of Chinese technology giant Huawei. He said Kovrig and Spavor were “suspected of engaging in activities that endanger China’s national security.”

Despite its disavowals of any connection, Beijing has repeatedly tied the detentions to the arrest of Meng Wanzhou, Huawei’s chief financial officer and the daughter of the company’s founder. The U.S. is seeking her extradition on fraud charges and the case is before Canadian courts.

“What Canada did in the case of Meng Wanzhou was arbitrary detention,” Zhao said.

Bilateral ties have suffered as China has upped its demands that Canada release Meng, who was detained during a stopover in Vancouver in December 2018 and is currently living in one of her mansions in that city while fighting extradition. Kovrig and Spavor were detained days later.