The Toronto Titans are one of two new franchises as the International Swimming League returns this week for its second season.

Featuring 11 Canadians, the team will compete against 10 other squads featuring some of the world’s best swimmers in a hub in Budapest, Hungary for $6 million US in prize money.

Starting on Oct. 16, the Titans will battle defending champion Energy Standard and eight other teams over five weeks for a spot in the semifinals. The semifinals will start November 19, but the finals have yet to be scheduled.

All the events of the International Swimming League (ISL) will be streamed live at CBCSports.ca.

Joining the Titans in their first year are the Tokyo Frog Kings, captained by four-time Olympic gold medallist Kosuke Kitajima.

Known for its flashy presentation, the league gives athletes a chance to compete ahead of the Tokyo Olympics, which have been rescheduled for July 2021 because of the ongoing COVID-19 pandemic. 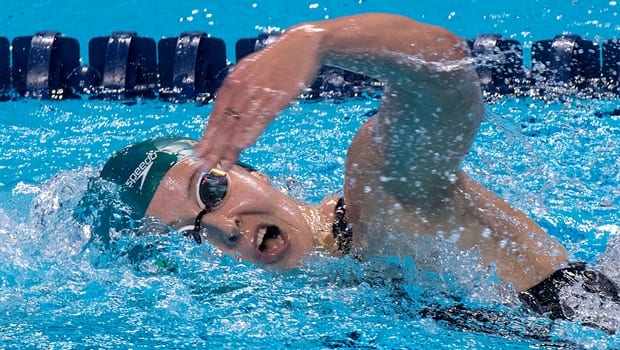 Clubs have a maximum roster of 36 swimmers coming from different countries around the world. Competitors are paid for their efforts, with every swimmer receiving money through July 1, 2021.

Look to the Toronto Titans for a juggernaut of Canadian talent, led and captained by Kylie Masse, reigning world champion in backstroke and Olympic bronze medallist.

Coming out of retirement is Brent Hayden, who captured the bronze in the 100-metre freestyle race at the London Olympics in 2012. He joins the roster after announcing his return to swimming last year.

After competing for the New York Breakers last year, Emily Overholt, who helped the Canadian 4×200 freestyle relay team win a bronze medal in her 2016 Olympic debut, is also on the team.

Penny Oleksiak and Kayla Sanchez, who were with the defending champions Energy Standard last year in Las Vegas, won’t be returning to the league. Oleksiak said she wants to concentrate on preparations for Tokyo while Sanchez has a shoulder injury.

Other Canadians to watch when the league starts:

Around 750 people will come to Budapest for the tournament, according to the league.

The Budapest hub includes the training and competition venues (Dagály Thermal Bath and Swimming Pool, and the Duna Arena), as well as the hotel and bus.

The hub is a stark change from 2019, where athletes competed at meets across the United States and Europe.

Participants must have a negative COVID-19 test to enter the hub. But they aren’t under quarantine. The league’s protocol says even foreign participants can leave the bubble for a maximum of 90 minutes.

WATCH | ISL returns to CBC for its second season: 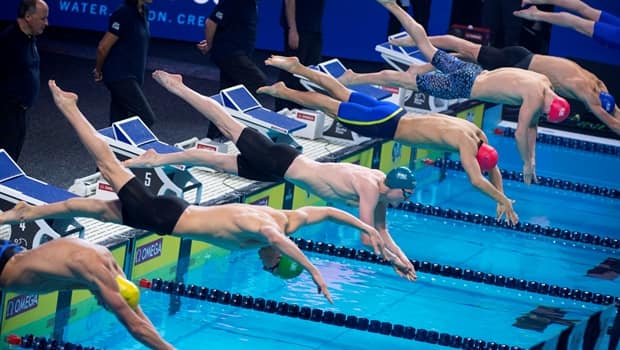 After a successful inaugural season, the ISL is set to return with it’s innovative competition format. 0:39

Athletes also have to take two COVID-19 tests at least 48 hours apart within five days of leaving for Budapest.

Dutch swimmer Femke Heemskerk of Energy Standard tested positive for COVID-19 on Sunday. Italian swimmer Stefania Pirozzi, who was with Aqua Centurions, is also quarantining at home after receiving a positive test.

Both athletes say they hope to rejoin their teams whenever possible.

Other rules include mandatory hand sanitizing, face masks (with exceptions of while dining, in the gym, or in the pool), scheduled meal times and distanced seating.

There are also penalties in place. Flaunting the rules will result in point deductions. If an athlete tests positive for the virus and leaves their quarantine, they’ll be banned.

Four clubs race against each other in every match, which is spread across two days. They earn points according to how high swimmers place, and the club with the overall highest score wins the match. There are 10 qualifying matches.

ISL races also look a little different than what you’d see at a world championship as there aren’t any heats.

Each match includes 37 races, which breaks down into individual races, relays and “skins races”.

The latter is a series of “back-to-back-to-back” 50-metre freestyle races that proceed knockout-style until a winner is crowned. The winning teams of the medley relays choose the stroke.

The top eight teams will advance to the semifinals in November (new to 2020), before the field narrows to four teams for the final.

Among other changes are the inclusion of men’s and women’s 100IM races, and a new rule that allows swimmers to steal others’ points — but only if they’re fast enough. It’s called the ‘jackpot time rule’ — if a race winner is ahead of some competitors by a margin greater than the jackpot time, then they get to take the points of those athletes.