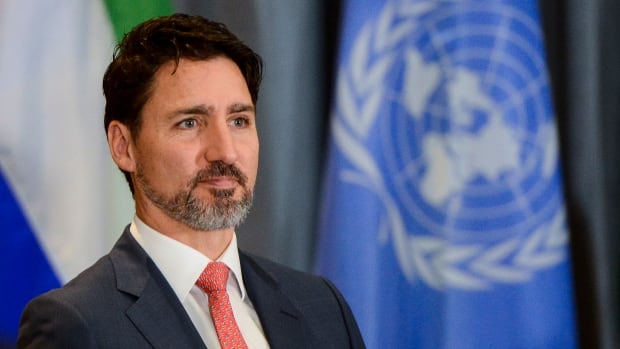 Confined to his own country for the past three months, Trudeau has chatted up more than 40 national leaders — from Senegal to Spain, from Uganda to Ukraine — in his bid to beat either Ireland or Norway for one of two remaining seats now up for grabs.

And it’s not only the prime minister who is working the phones. Officials and ministers are calling their foreign counterparts as a part of the final, frantic push for votes.

Should Canada win, it will become one of ten temporary members of the council joining the table for a two-year term. The real power and influence will continue to reside with the council’s five permanent members: the United States, the United Kingdom, France, Russia and China which hold the power to veto resolutions.

Every year the UN General Assembly elects five countries to the Security Council. The votes are conducted by secret ballot and countries have to secure a two-thirds majority to win. If Canada does not secure that majority on the first round it will have to battle it out until a winner emerges.

The process could be tied up swiftly in Thursday’s second round of voting, or it could drag on. In 1979 it took 155 rounds to fill a seat.

Canada has been elected to the Security Council six times since the 1940s but its last bid, in 2010, ended in failure for the first time with Germany and Portugal taking the two seats Canada was aiming for.

Trudeau says securing a seat is not an end in and of itself, but a way for Canada to “continue to be influential” around the world.

Canada’s success depends in part on what it can bring to the table that Norway and Ireland cannot. As one expert points out, the countries hold similar profiles on the world stage that makes differentiation challenging.

About 60 out of 190 states in the organization vote purely on the whim of their ambassadors in New York– Richard Gowan, International Crisis Group

“There are lots of fine differences, but to be quite honest, these are three peas in a pod if you will. They’re very similar countries with long histories of supporting the UN,” said Richard Gowan, who oversees the International Crisis Group’s advocacy work at the UN.

Some of those differences include both Norway and Canada being members of NATO while Ireland is not. Another is Canada’s close and supportive relationship with Israel.

‘We see you as family’

Deputy Prime Minister Chrystia Freeland says Canada’s voice in the world is more important than ever, especially when it comes to standing up for things like the rules-based international order which she says “is under threat.”

Mia Mottley, the prime minister of Barbados, discusses what Canada could bring to a seat on the UN security council 11:06

“We as a country have made a very clear determination that we will be supporting your country,” she said Tuesday on CBC’s Power & Politics. “We see you as family.”

Mottley said Trudeau has been very helpful to her region of the world and has personally written to the International Monetary Fund and the World Bank to get those institutions to rethink how they will provide pandemic-related economic support to middle income countries.

But what Canada brings to the table, the values it represents, the issues it pledges to push once it gets to the Security Council are not always factors for countries when they are considering who to support. Sometimes the thinking behind the vote is much more superficial.

“About 60 out of 190 states in the organization vote purely on the whim of their ambassadors in New York, and those ambassadors often promise their votes to all three candidates, and no one is quite sure who is telling the truth to whom,” Gowan said.