The fate of the U.S. presidency hung in the balance on Wednesday as President Donald Trump and Democratic challenger Joe Biden fought for the final battleground states. Biden was awarded Michigan and Wisconsin Wednesday, while victory remained up for grabs in Pennsylvania, a state that could prove crucial in determining who wins the White House.

Trump’s campaign announced at various times Wednesday that it would be suing to stop the vote count in two states  — first in Michigan, then Pennsylvania — and to order officials in Georgia to follow the law on storing and counting absentee ballots.

Referring to the Michigan suit, Trump campaign manager Bill Stepien said in a statement that the campaign “has not been provided with meaningful access to numerous counting locations to observe the opening of ballots and the counting process, as guaranteed by Michigan law.”

The campaign said it was also suing to temporarily stop the vote count in Pennsylvania, claiming lack of “transparency.”

Pennsylvania Gov. Tom Wolf said he had promised Pennsylvanians they would count every vote and that’s what they’re going to do. 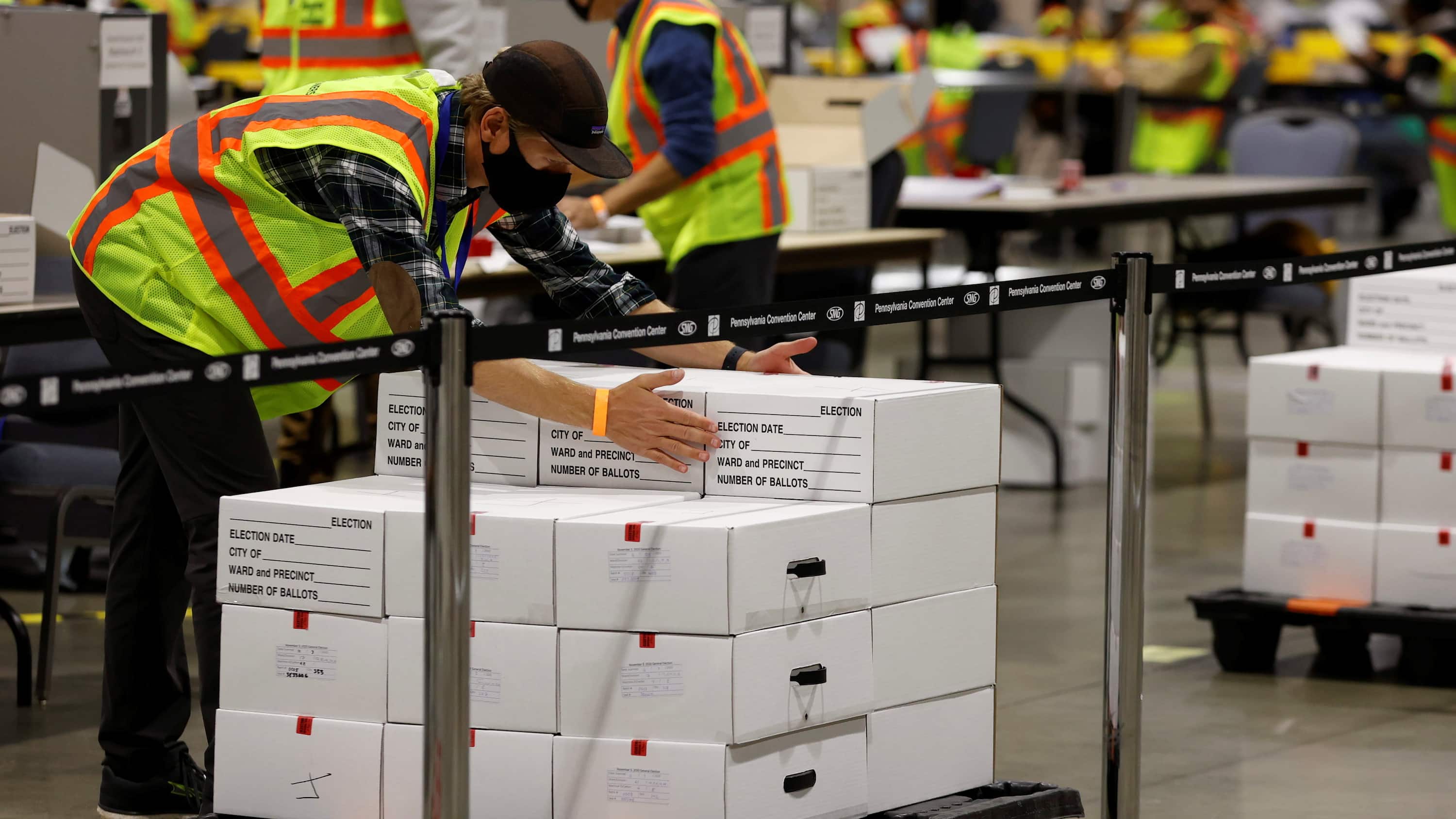 Trump’s campaign and the Georgia Republican Party have filed a lawsuit against the Chatham County Board of Elections asking a judge to order the county to secure and account for ballots received after 7 p.m. local time on election day.

Biden wins in Wisconsin and Michigan on Wednesday afternoon brought the electoral college vote tally to 253 for Biden and 214 for Trump, with 270 needed to win the presidency.

Biden told reporters a short time later that he would not be declaring himself the winner of the election, but that he was confident when the counting was finished in all states, he would be ahead.

“Every vote must be counted,” he said from Wilmington, Del. “No one is going to take our democracy away from us.”

And he said his victory would be a victory for democracy.

“Here, the people rule. Power can’t be taken or asserted,” he said. “It flows from the people. It’s their will that determines who will be the president of the United States and theirs alone.”

WATCH | Biden says he won’t declare his victory, but the vote count will: 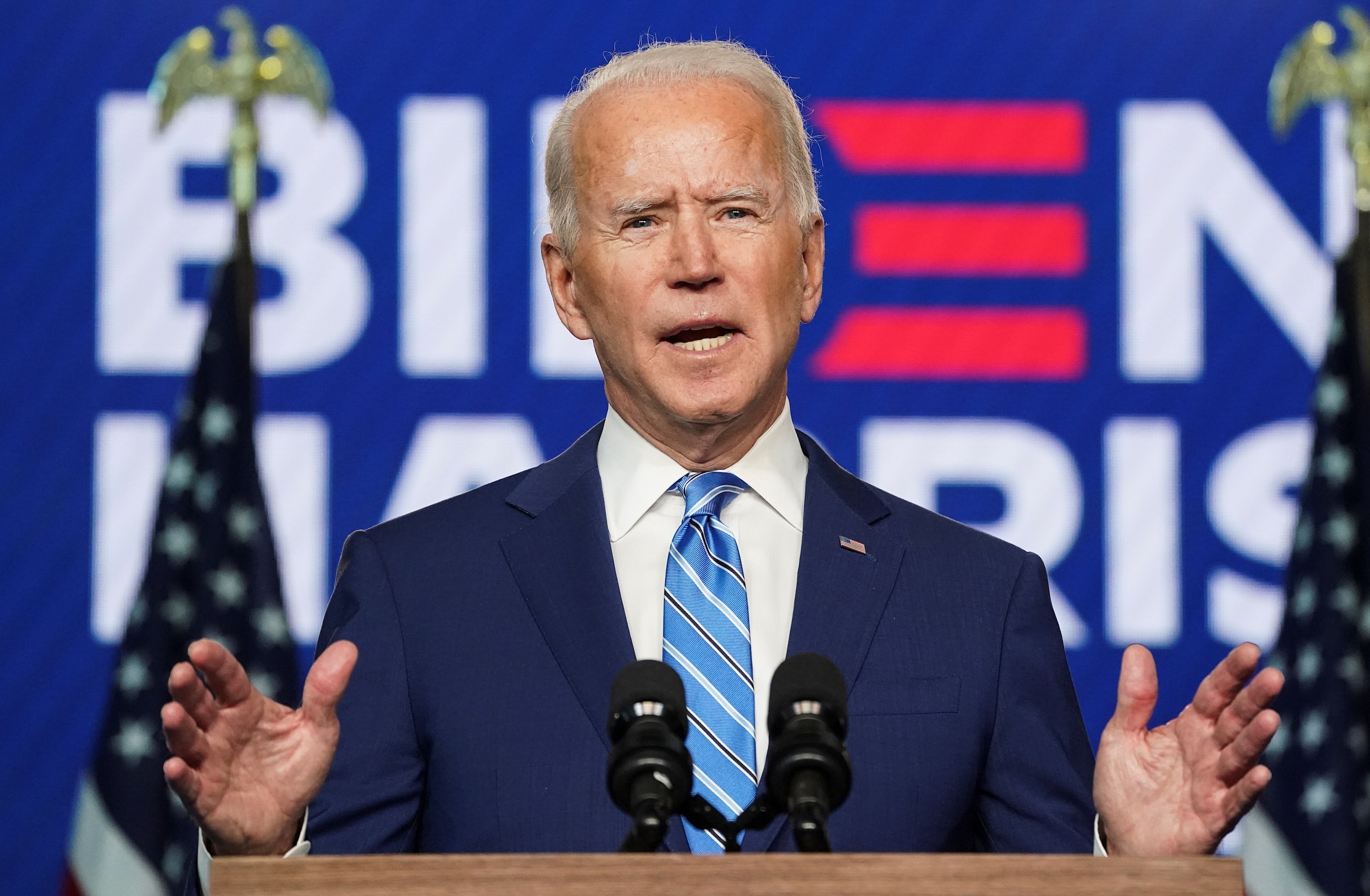 Democratic presidential candidate tells reporters the day after the election that every vote must be counted, after the Trump campaign has filed lawsuits in Pennsylvania and Michigan to stop the count. 1:13

Senate Majority Leader Mitch McConnell, who was re-elected Tuesday, discounted the president’s quick claim of victory, saying it would take a while for states to conduct their vote counts. The Kentucky Republican said Wednesday that “claiming you’ve won the election is different from finishing the counting.”

Vote tabulations routinely continue beyond election day, and states largely set the rules for when the count has to end. In presidential elections, a key point is the date in December when presidential electors meet. That’s set by federal law.

WATCH | Protesters try to stop the vote count in one city — and fight for it in another: 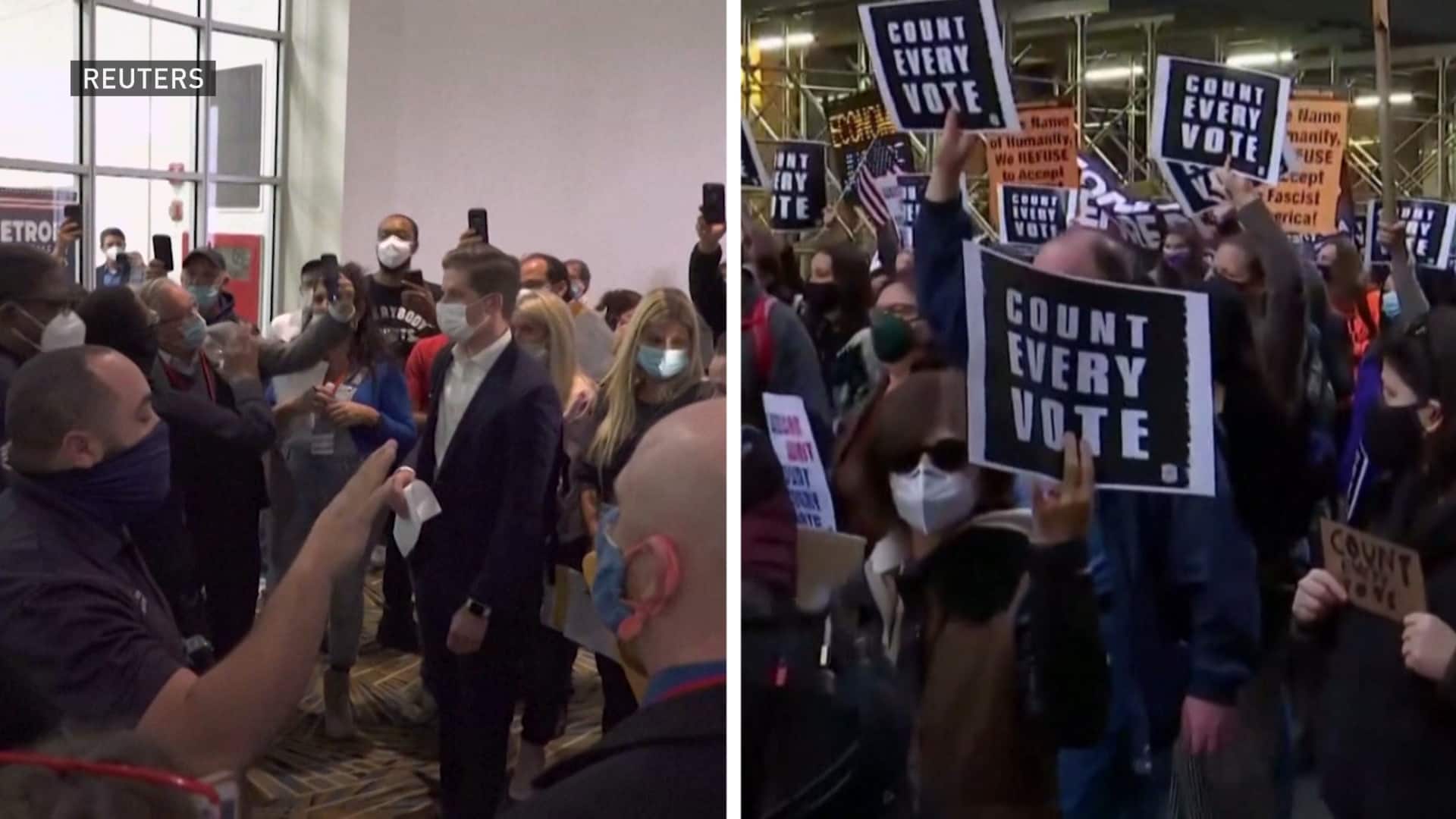 More than two dozen people at a Detroit ballot counting site tried to stop vote counting the day after the U.S. election, while hundreds of New Yorkers marched to demand that all votes be counted. 1:12 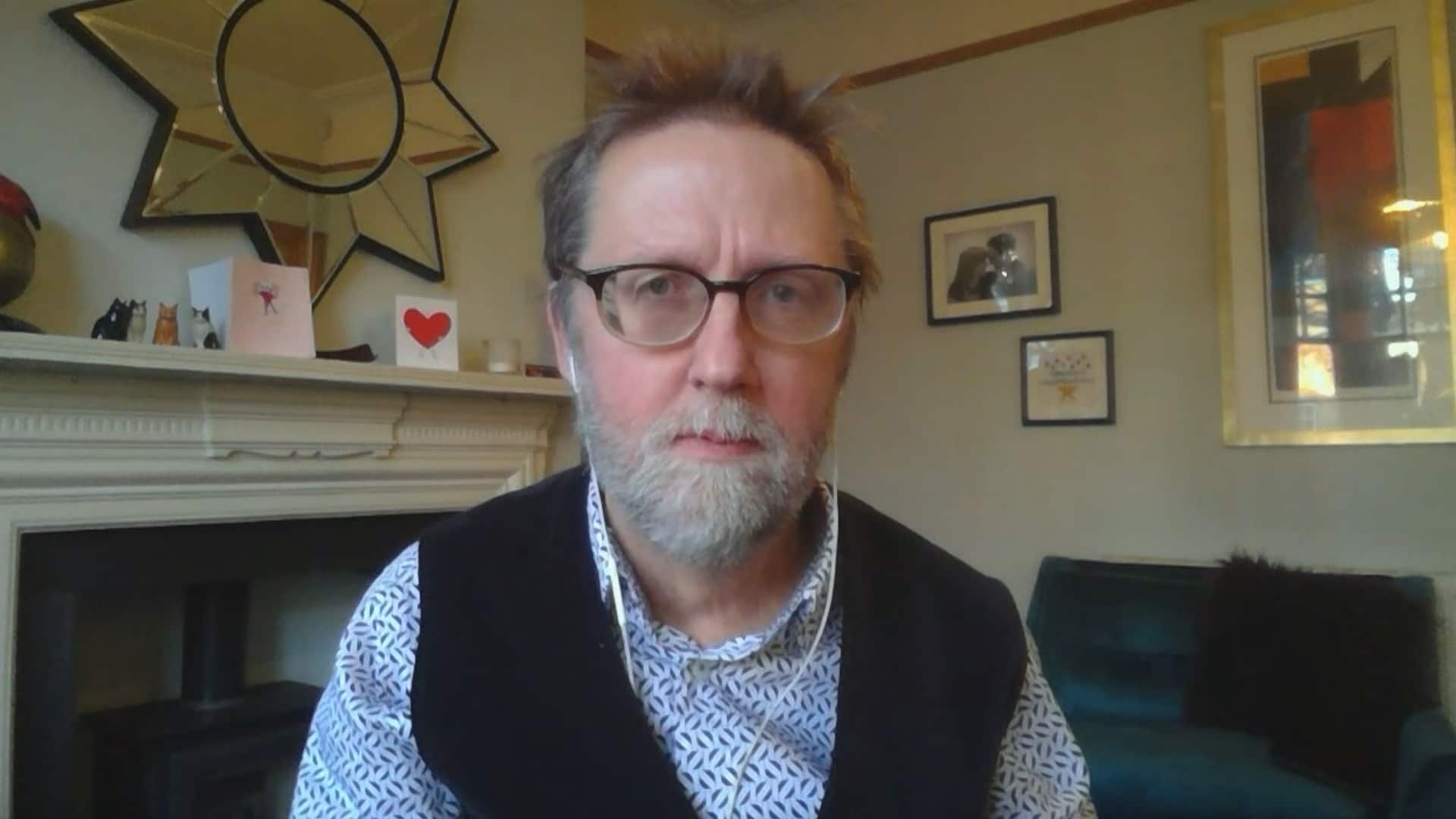 Scott Lucas, American politics professor at the University of Birmingham, called Donald Trump’s claim that he has won the U.S. election ‘false’ and explained why he sees this as a ‘constitutional crisis.’ 1:56