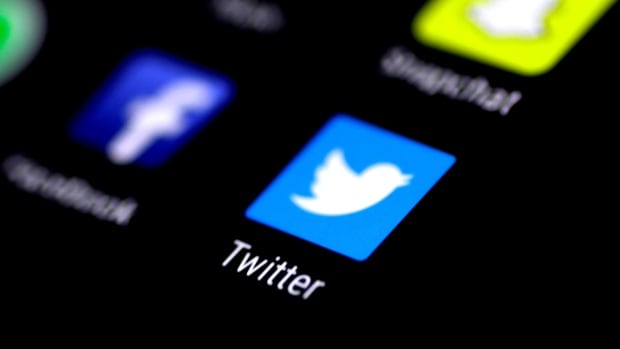 The video posted by the @TeamTrump account referred to a New York Post story from Wednesday that contained alleged details of Hunter Biden’s business dealings with a Ukrainian energy company and said the former vice-president had met with an adviser of the company.

Biden campaign spokesman Andrew Bates said in a statement that Republican-led Senate committees have previously concluded that Joe Biden engaged in no wrongdoing related to Ukraine.

“Joe Biden is a liar who has been ripping off our country for years,” the video was captioned.

Twitter said earlier the video violated its rules against posting private information, adding the account may need to delete the post in order to continue tweeting.

“It’s going to all end up in a big lawsuit and there are things that can happen that are very severe that I’d rather not see happen, but it’s probably going to have to,” Trump said, when asked about the move by Twitter.

Twitter said on Wednesday the Post story violated its “hacked materials” policy, which bars the distribution of content obtained through hacking that contains private information or trade secrets, or puts people at risk of physical harm.

Dorsey said on Twitter Wednesday that “our communication around our actions on the @nypost article was not great. And blocking URL sharing via tweet or DM with zero context as to why we’re blocking: unacceptable.”

Other Twitter users, including a journalist, said their accounts had been suspended because they had posted a link to the New York Post story. The accounts were unblocked after they deleted the offending tweets.

Committee Chair Lindsey Graham and Republican senators Ted Cruz and Josh Hawley said the committee will vote on sending the subpoena on Tuesday, Oct. 20, and plans to have Dorsey in front of the committee by Oct. 23.

Hawley also called for sending a subpoena to Facebook.

“We’re going to finally have an accounting that is long overdue,” Graham said. “This to me crystallizes the problem better than anything I could think of.”

The CEOs of Twitter, Facebook and Alphabet Inc’s Google are also set to appear before the Senate Commerce Committee later this month at a hearing to discuss Section 230 — a prized legal immunity enjoyed by internet companies, which offers tech companies protection from liability over content posted by users.

The calls to reform Section 230 and penalize tech companies has been intensifying, but there is little chance of action on the law by Congress this year.