Even as world leaders continue to call and offer U.S. president-elect Joe Biden their congratulations on his victory, the U.S. secretary of state said Tuesday that there will be a “smooth transition” to a second term in office for Donald Trump.

Mike Pompeo told reporters the world should have every confidence that a post-election transition in the United States would be smooth.

“There will be a smooth transition to a second Trump administration,” Pompeo told a State Department news conference.

Pompeo ignored results showing that Biden had won the election, and dismissed as “ridiculous” questions about whether the U.S. had lost credibility as a judge of other countries’ election because of Trump’s unproven claims of fraud at the polls.

He then appeared to offer a more nuanced response, saying, “We’re ready. The world is watching what’s taking place here…. We’re going to count all the votes…. The world should have every confidence that the transition necessary to make sure that the State Department is … successful today and successful when the president who’s in office on January 20, a minute after noon, will also be successful.”

Pompeo’s comments came as Trump continued to refuse to concede the election and threaten legal action.

Raising unsupported claims of voter fraud, Trump has blocked Biden from receiving the intelligence briefings traditionally shared with incoming presidents, according to someone with knowledge of the situation but not authorized to disclose private conversations.

Asked about Trump’s refusal to concede, Biden told reporters Monday afternoon that “it’s an embarrassment, quite frankly,” and he said he didn’t think it would help Trump’s legacy.

But Biden said he does not see a need for any legal action right now, and that while it “would be useful” to get the briefings, it was “not necessary.”

WATCH | Biden unconcerned by Republicans’ refusal to acknowledge his victory: 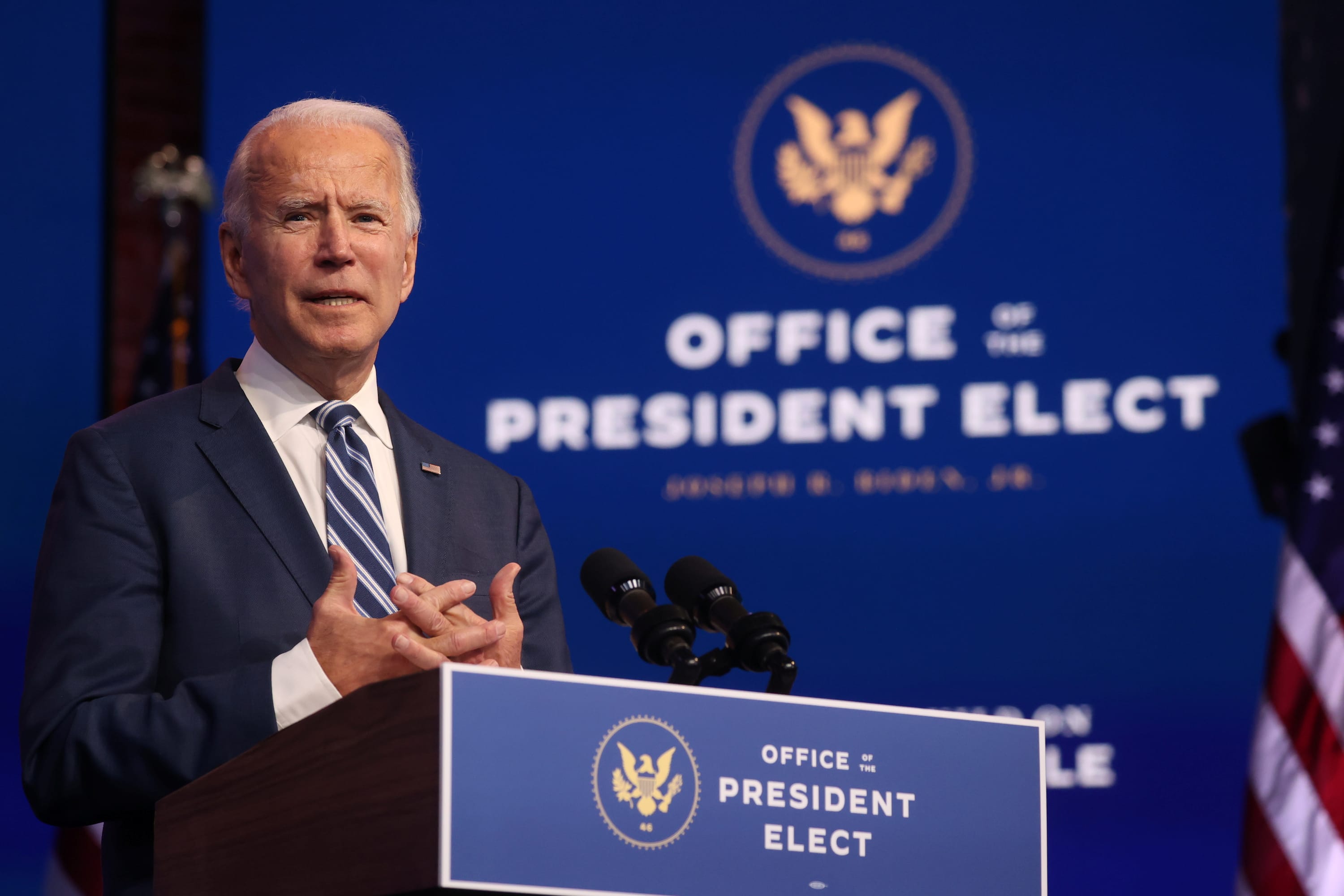 U.S. president-elect Joe Biden said Monday his transition is ‘well underway’ despite some Republicans’ denial of his victory. 0:50

Trump’s resistance, backed by senior Republicans in Washington and across the country, could also prevent background investigations and security clearances for Biden’s prospective national security team and access to federal agencies to discuss budget and policy issues.

Biden appeared unconcerned, saying, “The fact that [Republicans are] not willing to acknowledge we won at this point is not of much consequence in our planning and what we’re able to do between now and January 20.”

Trump and his allies seemed determined to make Biden’s transition as difficult as possible.

From his Twitter account Tuesday, Trump again raised unsupported claims of “massive ballot counting abuse” and predicted he would ultimately win the race he has already lost. His allies on Capitol Hill, led by Senate Majority Leader Mitch McConnell, have encouraged the president’s baseless accusations.

America’s allies began to acknowledge what Trump would not.

Biden met via video conference with French President Emmanuel Macron and spoke with German Chancellor Angela Merkel, while British Prime Minister Boris Johnson also said he spoke with Biden “to congratulate him on his election.”

“I look forward to strengthening the partnership between our countries and to working with him on our shared priorities — from tackling climate change, to promoting democracy and building back better from the pandemic,” Johnson wrote on Twitter. “Build back better” is a slogan that Biden and the British government have in common.

Prime Minister Justin Trudeau spoke with Biden Monday. The official readout on the call from the PMO said Trudeau was the first international leader to speak with the president-elect.

“The prime minister and the president-elect agreed on the importance of the unique Canada-U.S. partnership and committed to work together to fight the global COVID-19 pandemic and to support a sustainable economic recovery in both countries and the hemisphere,” said the readout.

WATCH | Trudeau talks about Canada-U.S. relations and a Biden presidency:

Prime Minister Justin Trudeau spoke with reporters during a media briefing in Ottawa on Monday. 2:02

Meanwhile, Biden tried to stay focused on health care as he prepares to take office Jan. 20, during the worst health crisis in more than a century. The U.S. surpassed 10 million cases of COVID-19 on Monday and cases are skyrocketing as the nation moves into the cold winter months.

One of Biden’s chief coronavirus advisers, former Surgeon General Vivek Murthy, planned to brief Senate Democrats on Tuesday by phone at their weekly virtual lunch, according to a senior Democratic aide granted anonymity to discuss the private session.

Before and after Biden’s afternoon speech, he was working alongside vice-president-elect Kamala Harris at a theatre near his home in downtown Wilmington, Del. He is expected to quickly name a chief of staff and start considering cabinet appointments, though those likely won’t be finalized for weeks.

Complicating Biden’s challenge is the Republican Party’s widespread refusal to acknowledge his victory. With scant evidence, Trump and his allies are insisting that the election was stolen.

Attorney General William Barr has authorized the Justice Department to probe unsubstantiated allegations of voter fraud. And the General Services Administration, led by a Trump-appointed administrator, Emily Murphy, has declined to formally recognize Biden as president-elect.

That designation eases co-operation between the outgoing and incoming administrations, although Murphy has not started the process and has given no guidance on when she will. The GSA inaction could continue to deny Biden security briefings, which he received periodically before the election, as well as delay security clearances and staffing decisions.

Senior officials in the George W. Bush administration warned that a similar delay after the closely contested 2000 presidential election caused many difficulties.