U Sports athletes in limbo as pandemic threatens coming season

U Sports athletes in limbo as pandemic threatens coming season 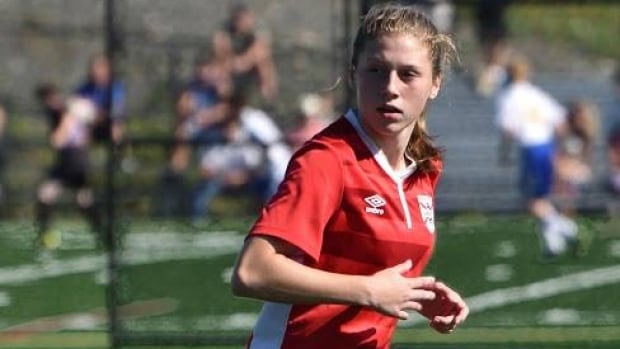 Seven months ago, Leah Adams celebrated her high school’s first women’s soccer title in 27 years. But now, she’s unsure when she’ll again be able to play the sport she loves.

For the Grade 12 student, that day in November was the perfect way to end her soccer career at Cobequid Education Centre in Truro, N.S., before heading off to study kinesiology and play at Acadia University.

Adams, along with nearly 20,000 student athletes from 56 U Sports schools coast-to-coast-to-coast, are waiting to see how the current COVID-19 situation will impact their 2020-21 varsity season.

“It is worrying not knowing if it’s going to happen because I’ve been playing sports my entire life. It’s weird to think that I might not be able to,” said Adams, a multi-sport athlete at CEC, who also found out this week that Soccer Nova Scotia cancelled its entire summer season.

“I’m just focusing on staying in shape and waiting to see what’s going to happen.”

Some answers are on the horizon as U Sports wraps up its annual general meeting (AGM) with all of its stakeholders, including the country’s four athletic conferences, this week.

“It’s an unprecedented situation,” said Lisette Johnson-Stapley, Chief Sport Officer for U Sports, the umbrella organization which runs the university national championships. “You wish you could have someone’s playbook on when to decide and what to decide, but it’s not easy.

Johnson-Stapley said they are monitoring what the Canadian sports system is coming out with and what further announcements universities are making around academics, as well guidelines from the government and public health authorities.

Universities across the country have been unveiling plans for delivering their academic programs this September. Many schools are offering classes primarily online, while others are working on a hybrid of in-person and online to help prevent the spread of COVID-19 on campus. Plans for extra-curricular activities, including varsity athletics, are in flux.

“There are a lot of moving parts. For Canada West and ourselves, we have four provinces to consider. Borders to cross. Four public health jurisdictions to consider. It’s daunting when you think about it. But we’ll make an informed and intelligent decision that’s going to make sense for this conference and also work with our colleagues across the country in some sort of balance in what we do.”

Canada West, which covers B.C., Alberta, Saskatchewan and Manitoba, was the first of the country’s conferences to address what this upcoming season might look like. A few weeks ago, the conference made the decision to change its schedules to limit travel and conserve budgets in response to the ongoing COVID-19 pandemic.

For example, the football schedule moves from eight regular-season games to five, while other sports like soccer, basketball, volleyball and hockey will compete more frequently against schools within their province or regional area.

Ontario has extended its provincial state of emergency until June 30. With 20 schools spread across the province, Ontario University Sport may take the Canada West model and play less games. It doesn’t have the same travel costs because athletes mostly bus to competitions, but COVID-19 rates vary drastically around the province, with the majority of cases in the Greater Toronto Area. For instance, in OUA East men’s basketball, a school like Lakehead in Thunder Bay – which has three active cases of coronavirus – may not want Southern Ontario teams like Ryerson, University of Toronto, or York coming to town.

U SPORTS update on recruiting during the COVID-19 pandemic <a href=”https://t.co/obRBGo7Gq8″>pic.twitter.com/obRBGo7Gq8</a>

In Quebec, of the eight universities in Reseau du sport étudiant du Quebec (RSEQ), four are in Montreal – an epicentre of the pandemic in Canada. Some of its biggest schools – including McGill, Concordia and Laval – have informed their students that academic programs will be delivered principally online.

AUS, the conference where Adams’ will play with Acadia, has been floating several scenarios for the upcoming season, but Currie says they won’t make any decisions until after the U Sports AGM. All of the conference bosses have stressed a collaborative approach is the only way this season can go forward and end with the national championships.

“If we’re aligned in the regular season, we need to be aligned with how we approach this Covid crisis that we’re faced with,” said Currie.

“Now more than ever, the conference members have come together. During a crisis you either come together or you come apart, and I would say university sport has come together, which is fantastic.

“We’re in the middle of decision making, we’ve mapped out a number of scenarios, just like all the conferences have,” she said. “Things like if you did go ahead and you had three out of four conferences, do you host a national championship? Do you do the non-contact sports versus the contact sports?”

Unlike their American collegiate counterparts who can benefit from full scholarship, most Canadian university athletes foot their own bills. The lucky ones are subsidized by bursaries or jobs working at summer camps, which are non-existent right now. Those camps along with sponsors, alumni donations, gate revenue and student fees help pay for varsity sports. Operating budgets vary from school to school.

Average undergraduate tuition for Canadian schools last year was $6,463 and that doesn’t include residence or off-campus living costs. If academics are only being offered online and there are no on-campus activities, students may choose to stay in their hometowns.

Johnson-Stapley acknowledges there will be a financial blow to its members but it’s unclear what it will be just yet.

Normally at this time of year, Adams would be making the 50-minute drives back and forth to Halifax for soccer practices and games and training to defend her provincial 80-metre hurdles and 4×100-metre relay track and field titles. Instead, she’s working two jobs and getting ready for a socially-distanced graduation, which may happen at a local farm. As for Grade 12 prom? Well, she jokes her outfit will only be seen in photos.

She’s still optimistic about her university experience. She plans on staying in residence at Acadia’s Wolfville, N.S., campus and playing soccer at the highest level she can.

“I’m excited to get to know the people on the team,” Adams said of the Axewomen, who finished fourth at the U Sports championships last year in Victoria. “Going to a good school and playing on a good team. I’m excited.”