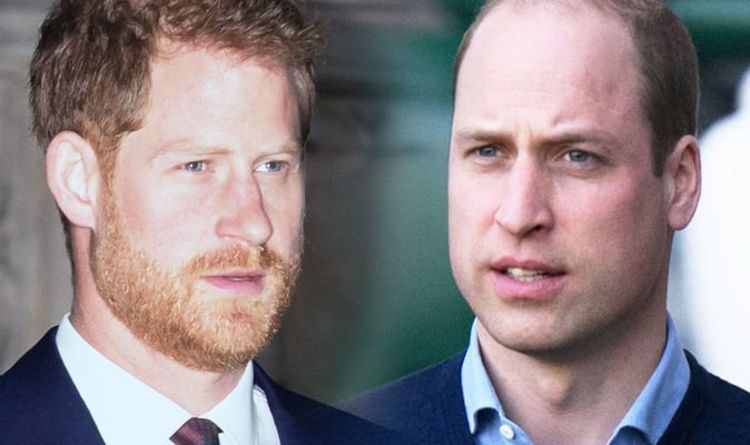 Prince Harry and Meghan Markle introduced Archie Harrison Mountbatten-Windsor, who is seventh in line to the throne, to the world last week. But, Prince William and the Duchess of Cambridge, Kate, waited over a week before they met Meghan Markle and Prince Harry’s son for the first time. The decision sparked a huge debate on Australia’s Sunrise morning show, in which host, David Koch insisted there is a “rift” between the brothers.

Mark Beretta, also on the morning show panel, then claimed the decision was a “very obvious sign” that there was a “problem” between the brothers.

Following a package about Meghan and Prince Harry, Mr Koch said: “Okay, there is a rift, I have finally come around to it.

“To not go and visit your brother with his first kid for over a week, not on.”

Mr Beretta stepped in, saying: “That is a very obvious sign, isn’t it? That there is a problem.”

Mr Koch quickly added: “I think it is terrible”.

Prince William and Kate, the Duchess of Cambridge, met Archie at Frogmore Cottage in Windsor on Tuesday afternoon, over a week after the royal baby was born.

Kate and William were not joined by George, Charlotte and Louis for their visit.

A royal insider told The Mirror: “The children are so looking forward to meeting baby Archie and plans will be made to take them as soon as possible.”

Charles and Camilla are also expected to meet the little royal imminently, following their trip to Germany last week.

Last month, before Archie’s birth, royal experts alleged how a rift had developed between Prince Harry and Prince William, but were trying to patch things up.

ITV’s Royal Correspondent Chris Ship told GMB: “The truth of the matter is actually that the rift is between the brothers – between William and Harry.

“While there have been acres of column inches talking about the fact that Meghan and Kate don’t get on and that it’s the women in the family that have not been seeing eye to eye, actually the problem has been between the two boys.

“And that’s partly, I think because, you know, we as a nation, we’ve always clumped them together and had them as the best of friends because of what they went through after the death of their mother.

“But anyone watching this will know that siblings have rows. It just so happens that Harry and William’s has been going on for some time.

“It has been a bit of a problem, to the extent that royal courtiers are admitting they haven’t been getting on very well.”

After the Duke and Duchess of Cambridge visited Frogmore Cottage over Easter, Mr Ship questioned whether the pair were trying to “patch” things up.

Speaking earlier this month, Emily Andrews, royal correspondent for The Sun, claimed a long-running feud between the brothers was sparked after Prince William sat down with Prince Harry to discuss Meghan.

She told GMB: “The two brothers have definitely fallen out, I think the two wives have reflected how the brothers are feeling. It is quite a complicated set of reasons.

“I do know, I was told William did sit down with Harry. He could see how head over heels in love his brother was, and he was moving very very quickly.

“It became very obvious, very quickly, that Harry wanted to marry her. And, William, future monarch, he’s very cautious, he’s like ‘mate, come on, it’s big thing marrying into the Royal Family, are you sure? Think about this, take your time’.

“I think it was meant as helpful for internal advice, but Harry, I don’t think took it in the way it was intended and I think that caused the initial free-song between the brothers.”

As he stepped out in Oxford on Tuesday, Prince Harry admitted he could not imagine life without his son. The new dad also revealed his tot is keeping him up at night.