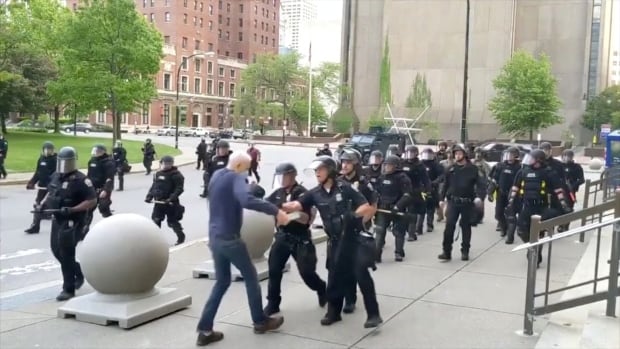 Video from WBFO showed a Buffalo police officer appearing to push the 75-year-old man who walked up to police clearing Niagara Square around the 8 p.m. curfew Thursday. The man falls straight backward and hits his head on the pavement, with blood leaking out as several officers walk past without attending to him.