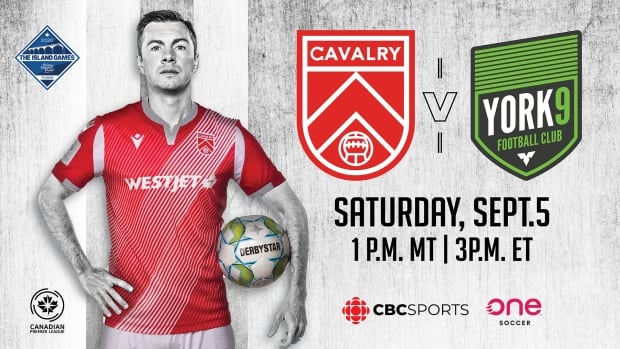 Soccer fans can watch coverage of Canadian Premier League action from The Island Games in Charlottetown on CBC.

The coverage continues Saturday, Sept. 5 with a 1 p.m. ET match between Forge FC and Valour FC, followed by Cavalry FC vs. York9 FC at 3 p.m. ET.

The 2020 season will begin with an eight-club first stage where each CPL team will play each other once, with the top four clubs heading to the second round six-match group phase.

Since there is no home-field advantage, it will be a one-match Final to crown the 2020 Canadian Premier League Champion who will be awarded the North Star Shield and a 2021 CONCACAF League berth.