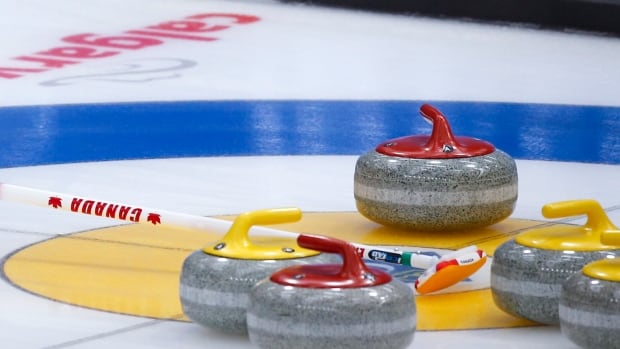 The women’s world curling championship has been put on pause after several positive COVID-19 cases were detected Sunday morning amongst the broadcast crew in Calgary.

In a news release, the World Curling Federation says after a series of scheduled testing, the positive cases were detected amongst the competition broadcast staff. No athletes or competition officials are considered at risk at this time.

However, the morning draw has been postponed out of “an abundance of caution.” Officials say the postponed games from this morning will be played at a time yet to be determined next week.

“After updated guidance is received on the situation from Alberta Health and once all athlete and competition official test results have been returned and are confirmed as negative, the competition will resume with the afternoon session at 4 p.m. ET. The morning’s postponed session will be played at a time to be determined later in the week,” the WCF release said.

A source inside the broadcast bubble told CBC Sports after Saturday night’s broadcast they were instructed to immediately isolate in their rooms. They continue to isolate.

Broadcasting from the world championship will be on hold throughout Sunday meaning none of the games will be televised or streamed.

The source also said there is a “heightened level of concern” inside the bubble. The broadcast crew is in a different hotel from the players competing in the event.

Athletes and officials received scheduled testing Saturday and medical personnel are now awaiting those results. The venue is also undergoing a deep clean.

“While the impacted staff remain in isolation during the expanded testing and contact tracing, broadcasting will be on hold until they are medically cleared to return by the competition medical officials and Alberta Health,” WCF wrote in their release.

This comes after the news of two Team Germany members being unavailable for competition after testing positive for COVID-19. Germany has been playing with three players at the world championship.

Practices scheduled for Wednesday leading into the event were postponed as health officials investigated the positive cases.

World Curling Federation and Curling Canada officials say they have robust health and safety protocols in place under the guidance of federal, provincial and local health officials, and are following protocol.

“The health and safety of our athletes, officials, staff and the community at large are always our primary concern and will continue to be so as we address this latest challenge,” WCF wrote in the release.