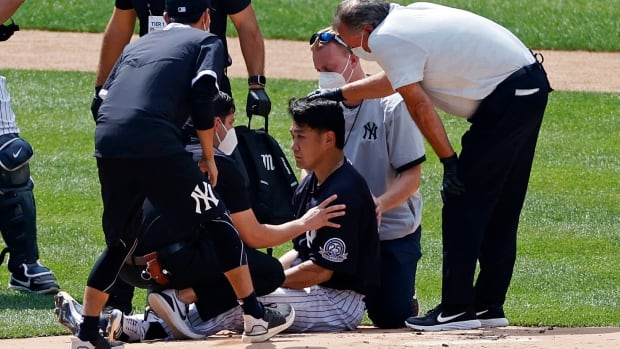 Yankees pitcher Masahiro Tanaka was hit in the head by a line drive off the bat of slugger Giancarlo Stanton during live batting practice Saturday, a frightening scene during the team’s first official summer camp workout.