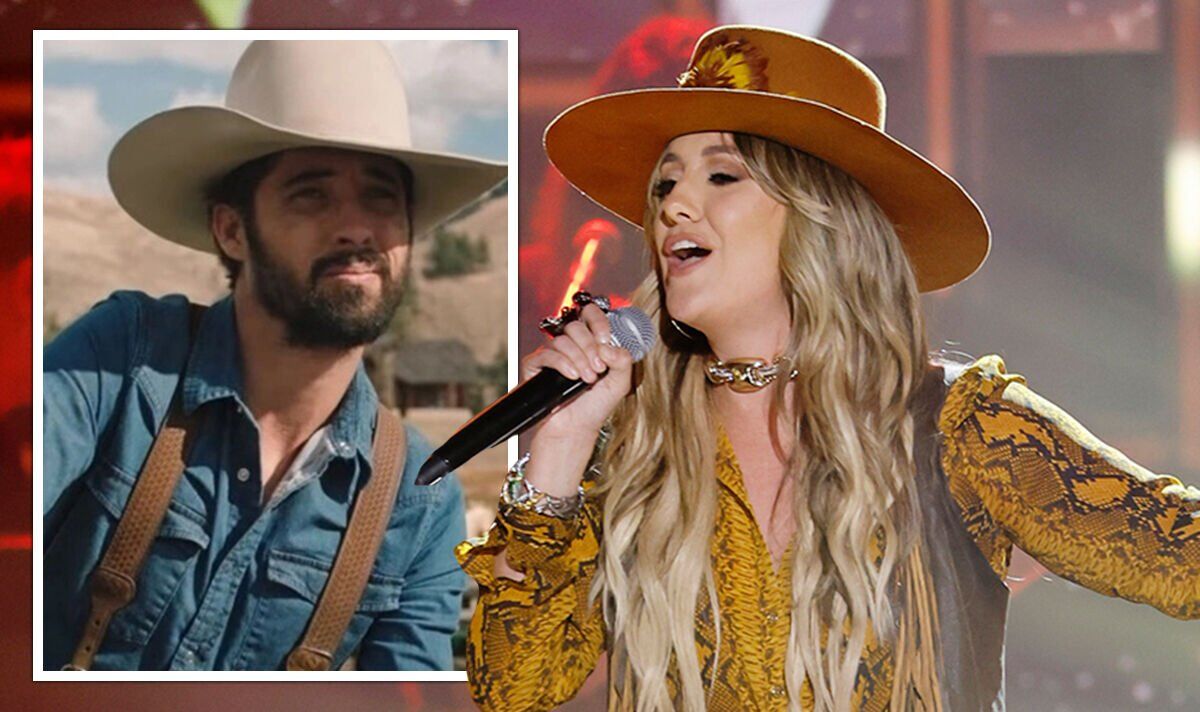 Yellowstone fans are eagerly awaiting the return of John Dutton (played by Kevin Costner) and his family. As the new governor of Montana, he will have a few new tricks up his sleeve to help protect the ranch. Singer Lainey Wilson spoke to Express.co.uk about her acting debut and what to expect from her character.

Yellowstone’s new season will pick up after the events of the season four finale which saw Beth Dutton (Kelly Reilly) force her brother Jamie (Wes Bentley) to kill his own father.

Meanwhile, John was given a new opportunity to save his beloved ranch as he ran for governor against Jamie.

He may not have wanted the responsibility, but it will provide him with the status he needs to make pivotal decisions.

Stepping onto the Yellowstone set was the first time Lainey had been in front of a camera in an acting role.

Speaking to Express.co.uk, she said she was blessed to have been given creative freedom when it came to her character.

She said: “I was given very little character description and so I kind of made up some things in my own mind.

“I just kind of assumed, where is she from? Of course she’s going to sound like this [gestures at herself] and where’s someone who sounds like this from? Louisiana.

“The fact is she is a musician and she sings country music. It looks like she’s trying to find a fanbase of people who genuinely love her and her music and I think she has found that niche in the Montana area.

When asked whether Abby and Walker could perhaps form a relationship, she said: “I think you would be shocked to see what happens.”

Although the singer did not give much away about her run-in with Walker, she did praise her co-star for his support.

She said: “Ryan Bingham is just awesome, he’s just as cool as I thought he was going to be.

“I just think he is so talented, both as a singer and actor, I think he can do it all.

“It’s so cool to be able to be around people who just like to be creative because that’s what I like to do.

Lainey will join the cast as the recurring guest character who Taylor Sheridan crafted specifically for her.

She will perform new original music and this is not the first time her music has appeared on the show.

Her songs have been featured three times over the course of the series and she has performed for the cast as part of a special show.

She said: “I’m such a fan of Yellowstone and Taylor. This is an absolute dream, a dream I didn’t even know was on the menu.

“For Taylor to create a character aligned with who I am as an artist is just wild.

“I’m so grateful for the opportunity to not only step outside my comfort zone and explore acting but to share more of my music on such an incredible platform, especially one that fans eagerly look to for music discovery.”

Yellowstone season 5 airs on The Paramount Network on November 13. Fans in the UK can watch the next day on Paramount Plus