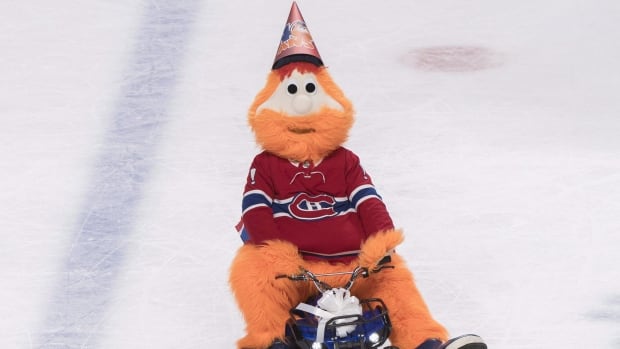 Youppi!, the Montreal Canadiens’ official mascot, has become the first character from a Canadian-based club to be inducted into The Mascot Hall of Fame.

In a virtual ceremony on Sunday, the furry orange character synonymous with the NHL club and the defunct Montreal Expos baseball franchise was formally inducted into the Hall.

Youppi! is the first two-sport mascot to join the Hall. The mascot joined the Habs in 2005, one year after the Expos left town.

With the Expos from 1979 until they were sold in 2004, Youppi! notably holds the distinction of being the first mascot to be tossed from a Major League Baseball game on Aug. 23, 1989.

The Expos mascot is an indispensable member of the team after half a season in 1979. 4:13

In addition to Youppi!, the Baltimore Orioles’ The Oriole Bird, Boomer of the Indiana Pacers and the Indianapolis Colts’ Blue were announced last December, when the Hall unveiled its 2020 inductees.

The four won admission after a lengthy voting process last October that included two rounds of voting with the public, Hall members and its executive committee taking part.

The Mascot Hall of Fame, in Whiting, Ind., also is an interactive children’s museum. It has been closed since mid-March due to the COVID-19 pandemic.